How Do I Know if I am Depressed?

Lack of appetite or overeating, self-imposed confinement, lack of happiness, anxiety, sadness, etc. affects so many people across the globe. It's alarming that in the United States of America one out of seven adults suffers from depression symptoms. According to WHO reports the USA is a country that has a maximum number of registered depression cases. It is also statistically proven that 20 people out of 100,000 commit suicide due to depression. Here are some red flags that will help one to realize whether they are really suffering from depression:

1. Aching body and pains all over

Many physical and mental symptoms of depression overlap. According to Dialogues in clinical neuroscience, depression patients have reported numbness, pain and aching body as their primordial symptom. Along with less appetite, gastrointestinal disorders, bloating of the stomach, neck pain headache are common symptoms reported by patients. Scientifically if the neurological pathway is affected, it can lead to pain in limbs and joints. Hence reporting to a clinical physician is the first step if one experiences pain in neck and head for a long time. 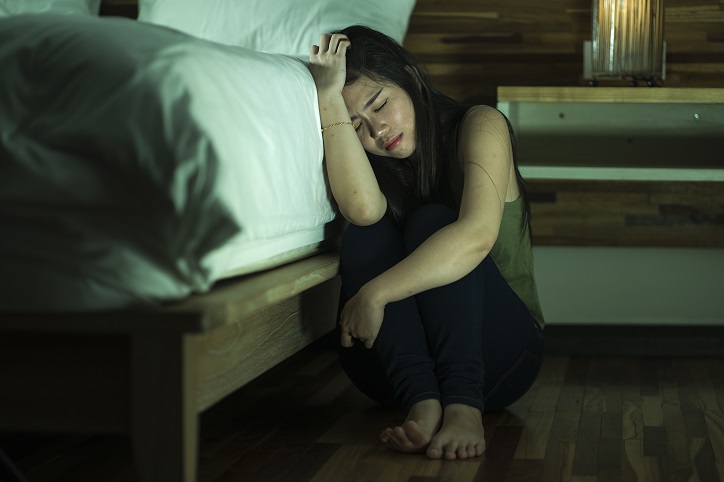 Grumpiness, grouchiness, irritability, insensitivity and preferred isolation are most common in people with anxiety disorders and depression. Elevated anger, hostility, abuse of self and others are also accompanied by heavy mood swings are classic symptoms of depression. Psychologist confirms this as a person affected by depression is always nurturing self-pity and does not enjoy people around them being happy and merry. If such symptoms are noticed, it is a red flag and it should not be ignored.

Good food elevates one’s mood. On the contrary, a person affected by depression might refuse to eat or even stare at the plate for a longer time. Off late, many have even identified overeating as a sign of depression. Some binge on chocolates, ice-cream or even fired food to overcome their depression. Any change in dietary pattern and increase or decrease in weight by 5% within a month is a serious symptom of depression.

Unable to sleep is another classic symptom of depression. Many patients have expressed this to their doctors and have been advised to take over the counter sleep-inducing drugs so that they feel better the next day. Work pressure and stress-induced depression have this as the most prominent symptom. Lack of sleep affects one’s energy level and concentration as well.

A person suffering from depression seems aloof and predominantly faces a lack of concentration issues. Depression lowers one’s cognition and hence their decision-making ability becomes handicapped. There is a void in their thought process and many times, they feel excessively guilty and end up self-blaming. Help from a physician in the form of anti-depressants can relieve one of such symptoms and make them concentrate again on their work. 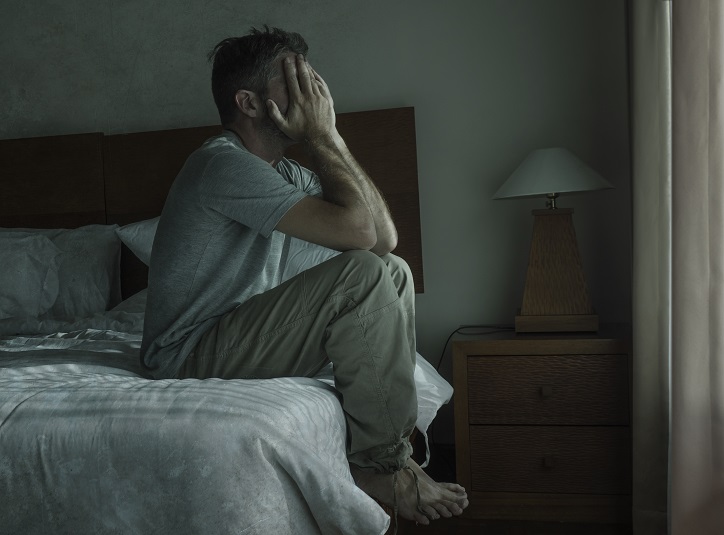 6. Alcoholism and other self-destructive habits

Smoking alone, drinking too much or even a dose of drugs, etc. becomes regular in a depressed person’s lifestyle. These are addictive and withdrawal becomes impossible. Though initially, one does these habits to overcome their depression, with time these habits can cause “substance-induced depression”. It has been reported in the diagnostic and statistical Manual of Mental Disorders that such habits are harmful to both physical and mental health of the patient

Depression manifests differently in different patients. While some share it with their friends and family, many keep these symptoms to themselves until it is visibly noticeable. A mental screening test is the easiest way to identify whether one is suffering from clinical depression or is going through a sad phase in life. Overall, it is very important to realize depression is just a clinical disorder and can be cured with timely medical guidance.

Do You Have to Accept An Insurance Settlement?