What is the Law on Bribery in Colorado and What are the Punishments for it?

To a question as to if the legal arsenal of countries is fully equipped with enough ammunition of laws for tackling crimes, experts point out that governments never hesitate to bring out new legislation or amend the existing laws for keeping criminal activities under control and for providing a safe living environment for their citizens. But can governments get complacent? To this question, the answer is an emphatic "no" because, despite all the efforts governments put in, there is a proliferation of crimes.

In fact, criminally minded people are finding out new ways to continue with their activities. This means that governments should always be alert in order to tackle crimes and to ensure that the society we belong to is livable. Governments should not also hesitate to seek the help of the great legal brains so that they can get new ideas for tackling crimes.

Among the crimes, bribery is unique because it can take a toll on the whole society. It is true that governments, both federal and state, are trying their best to banish this crime forever but unfortunately, they are getting only mixed results for their efforts. 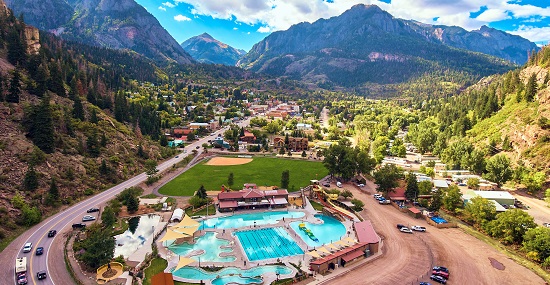 The crime has become so deep-rooted that at times, everyone wonders if we can live without this crime or if we can get things done without bribing people. Let us now look at the bribery laws in Colorado. Let us also look into the punishments courts may award to those who commit this crime.

According to Colorado laws, offering money or any other benefit to a public servant or a public official for influencing his or her actions comes under bribery crimes. Both offering of a bribe or asking for it are felony crimes. In general, courts award a penalty of imprisonment up to a period of 12 years and a fine of an amount up to $750,000 for bribery crimes.

How do Colorado laws describe a bribery crime?

According to Colorado laws, a bribery crime involves offering money or promising to offer money or extending a favor for influencing the actions of a person who is holding a position in which he or she commands trust. For example, if a person offers money to an officer of the police department for getting out of a ticket, it is bribery. Similarly, if a person pays huge amounts to a politician or a person who is holding a high office for getting a lucrative project, it is also bribery.

Bribery is unlawful and the laws of the state cover both the person who offers bribes and the official who receives or who asks for a bribe. It is a known fact that those who commit bribery crimes do so surreptitiously. That is why courts, as well as the prosecution, find it extremely difficult to prove bribery crimes. In fact, prosecutors quite often find themselves in a tricky situation wherein they have to rely on circumstantial evidence or indirect evidence for proving that the crime has taken place.

Types of bribery that are illegal in Colorado

Additionally, there will be a parole term of five years also and that is mandatory. Those who have been into jury duty and whom the courts have found guilty of a bribery crime get automatically disqualified from that duty. Similarly, those who hold a public office and whom a court have convicted for a bribery crime cannot continue in that position. Further, thanks to their felony records, they may find it difficult to get a new job as well.