Colorado Gun Law: What are Gun Laws in the State of Colorado?

Those who live in the state of Colorado and who want to acquire a gun must first know the gun laws of the state before applying for it. Therefore, let us find out more on these laws.

"Shall-Issue" State
Colorado occupies a special position as far as gun laws and more particularly, the concealed carry clause is concerned. The specialty is that the state is a "shall-issue" state. It is the Sheriff of the county who issues permits for possession of guns. The validity period of these permits is five years.

How do applicants get gun permits in Colorado?

Those who apply for the permits have to demonstrate their competence for handling a handgun. They should either pass a training class or by using some other means.

The Colorado Supreme Court, in March 2012, struck down the gun ban imposed by University of Colorado within their campus because according to the court, the ban violated the Concealed Carry Act, that allows those who hold permits to carry guns on public properties that include public colleges.

Open carry in in Colorado

Open carry is in general permit for which no license is required. Similarly, possessing a handgun and displaying it openly or concealing the gun in an automobile is also permitted without the need for a license. However, local governments have some limited powers to prohibit open carry only in certain specific areas that come under the municipality's direct jurisdiction. Examples of such areas are police stations, municipal buildings, and so on. But If the local governments come out with such prohibitory ordinance, they have to post all such locations as per C.R.S 29-11.7-104.

City and County of Denver

This is despite the statewide pre-emption law enacted by the legislature of Colorado with an aim to have a uniform firearm policy throughout the state. According to this pre-existing ban of Denver, when a shotgun or a rifle is transported by a vehicle, around may not be there in the chamber. However, the ordinance of Denver city comes with a ban on assault weapons as well as open-carry of firearms. 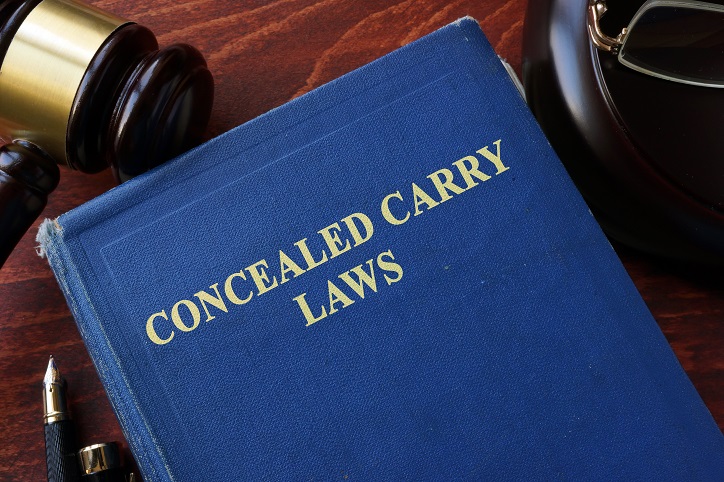 As far as some of the other laws related to Colorado Gun Law are concerned, there are a few procedures that have to be followed. Let us find out:

Ironically, the state's ban of magazines of large capacity does not speak about non-residents who visit the state and who possess the magazines that come under the purview of the criteria of the LCM ban of the state. Of course, this also comes with a few conditions. The LCMS should only be for personal use. Further, the individuals who possess them should have obtained them lawfully as per the laws of their home state.

To summarize, those Colorado residents who want to obtain permits for possession of guns should demonstrate their competence for handling a handgun. They must pass a training class. Alternatively, they should use some other permissible means for demonstrating their competence. Only then, they can get their permits from the Sheriff of the county.