What is the Law on Bribery in Iowa and What are the Punishments for it?

Bribery refers to the act of paying money or offering other benefits in return for some kind of favor. Other than the legally approved lobbying, bribery is not legal in any of the states of the USA. In the state of Iowa, bribery is dealt as per the provisions of Chapter 722 of the 2011 Iowa code.

Bribery is punishable under the provisions of Section 722.1 of Chapter 722. A person who offers or promises to give anything of value to another person in a public capacity or who are elected/appointed to act in public capacity in return for a return favor will be guilty of bribery. The return favor can be in various forms like influencing an act, altering the opinion, judgment, or the exercise of discretion.

Punishment for Bribery in Iowa

Bribery is punishable as a Class D felony in the state of Iowa. Class D felony will be punishable with a prison sentence not exceeding 5 years or a fine between $750 and $7,500. Moreover, a person who is convicted of violating the provisions of this section will be disqualified from holding any kind of public office under Iowa laws. 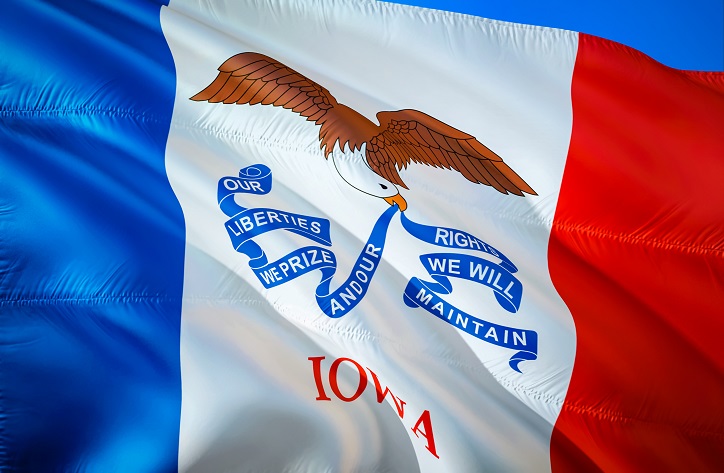 Accepting a Bribe in Iowa

Both the giving and acceptance of bribes is a punishable offense in the state of Iowa. According to the provisions of Section 722.2, a person who is holding a public office or somebody who is appointed/elected to public office will be guilty of bribery if he accepts anything of value in return for giving a biased vote, opinion, decision, judgment, or exercising discretion.

Punishment for Accepting a Bribe in Iowa 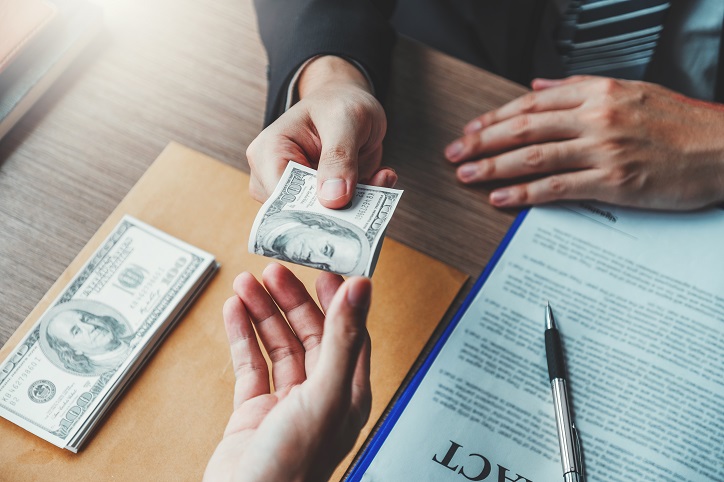 Bribery in sports is punishable under the special provisions of Section 722.3 of Chapter 722. A person will be guilty of committing bribery in sports if he offers or promises to give anything of value to another person to do any of the following:

Commercial bribery is dealt with in Section 722.10. Commercial bribery refers to the act of offering a personal benefit to an employee of a private organization while dealing in a business transaction. The payment received should not impact the performance of the person in a relationship to the job responsibilities he needs to complete for his employer.

It is also unlawful for the employee of a private organization to act a benefit to acting against the interest of his employer. He too will be equally guilty as the person who offered the bribe.

A person found violating the provision of Section 722.10 will be punished as a Class D felony.