Nebraska gun laws: What are the gun laws in Nebraska?
Residents of the state of Nebraska are permitted to purchase and own firearms. The gun laws in Nebraska are not too restrictive. Nebraska does not require a waiting period when a resident wants to buy a gun, although all federally licensed gun dealers must run an electronic background check at the point of sale. Any resident convicted of misdemeanor, domestic violence or subject to a restraining order may not purchase or even possess firearms. The gun laws in Nebraska work on a “shall issue” policy regarding concealed weapons and the licenses are restricted only to residents. The State Patrol Department issues them. Anyone applying for a permit must be 21 years old or older along with the completion of a firearms training course.

Open carry in Nebraska
Residents are legally entitled to open carry in the state of Nebraska. Residents can begin to carry a handgun if you have a permit to carry a concealed firearm.  However, the local governments have the right to set their regulations so you would need to check the local laws in the area. The minimum age for open carry is 18 years.

Carrying in vehicles
Nebraska doesn’t have gun laws that restrict carrying weapons in a car. Anyone can carry a loaded handgun in their vehicles with a permit in the state of Nebraska. A concealed handgun, however, doesn't need to be hidden and not displayed in an unlocked glovebox or console. Residents need a permit to carry their concealed weapons in their vehicle. However, local governments can set their laws on public places which include vehicles. So you would need to check the local regulations. 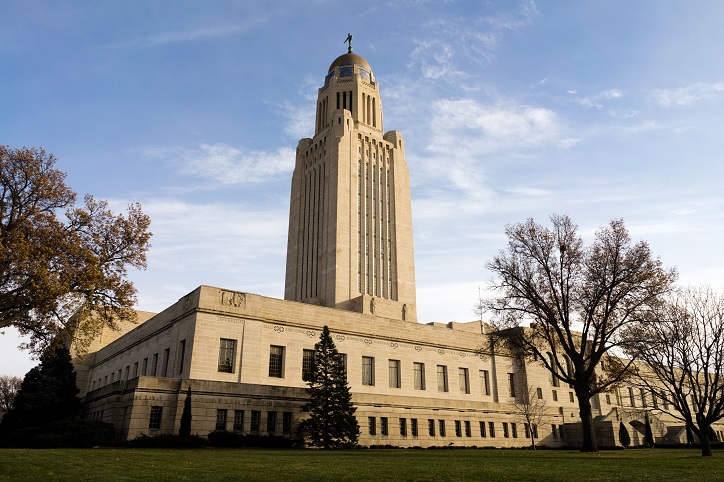 Notifying a police officer
The gun laws in Nebraska state that you are required to immediately inform a law enforcement officer of the firearm you are carrying when you are approached while on official business. You need to carry your permit in case you have a concealed handgun in your possession when an officer requests you to produce it.

Carry in restaurants
In Nebraska, residents are allowed to carry firearms into a restaurant whose primary business is to serve alcohol. Restaurants, in general, will enable you to bring firearms into restaurants as long as it's not at the bar area and also if the restaurant does not have a “no weapons” sign.
Enforcing the “no guns” sign in Nebraska
These signs are legally imposed under the gun laws in Nebraska, and if anyone disregards this sign when they enter private property or business, they are subjected to legal penalties. It is advisable to avoid entering properties or establishments that display this sign and are considered off limit by the law. If a person refuses to leave the premises while carrying in such venues, that person is breaking the law and is at risk of being charged. 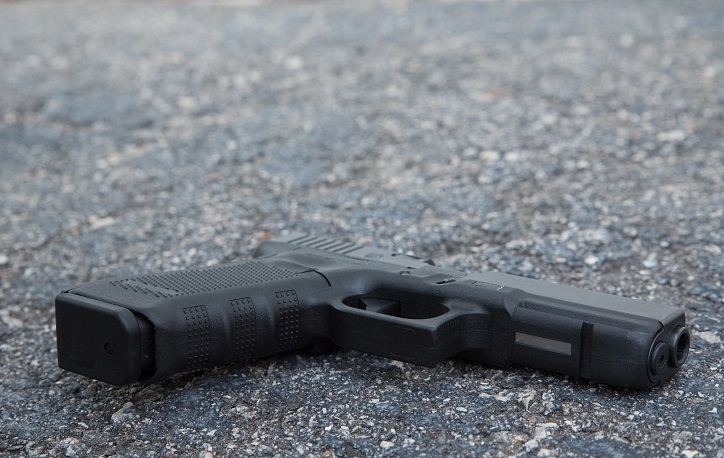 Possessing Machine Guns in Nebraska
It is against the law for any resident to intentionally or knowingly manufacture, transport, maintain, sell or repair a machine gun. The prohibition does not apply to peace officers, members of the armed forces or persons qualified under the provisions of federal law relating to machine guns.

Unlawful removal of the serial number on the weapon
It is against the law to intentionally change, alter, remove or obliterate the serial number or identification number on any handgun. The possession of a gun with its marks altered, removed or destroyed creates a legal presumption that the possessor committed the offense.

Reciprocity in Nebraska
Nebraska only honors an out-of-state permits if the license holder is at least 21 years of age. Non-resident licenses are not recognized unless the person is a Nebraska resident.