What is the Law on Breach of Peace Law in Nevada and What are the Punishments for it?

A person is considered to be guilty under breach of peace law in Nevada, Las Vegas, if he has purposely upset the atmosphere of a locality or a family by odd and disturbing noises, turbulent and unpleasant conduct demanding fight is guilty of misconduct.

1. A person can be accused of Breach of Peace in Nevada, Las Vegas if he behaves in the below manner:


Breach of peace punishment in Nevada depends upon the place where the offense took place.

2. Punishments for "breaching the peace" in Nevada


Disturbing peace or breach of the peace can lead to:

In most cases, the judge lets go of the criminal after paying the fine, however, in some cases, this may not be true. Few times, the judge will completely dismiss the charge.

According to the nature of the breach of peace, cops may issue citations or tickets to suspects, rather than arresting them. They are similar to traffic tickets.

If the accused does not pay the required fine and refuses to abide by the citation, then the court will issue a bench warrant to arrest the defendant. If so, then the accused can be arrested at any point and can be held without bail.

As compared to other crimes such as prostitution or fighting, a breach of peace charge is not considered very serious.

3. Breach of Peace Dismissed in Nevada

If the person accused has no previous history of infringing peace, and no other past criminal record, then he can get away with the crime. Normally, the Nevada court allows dropping the breach of peace charges on a person if he pays the required fine.


4. Defending against "breaching the peace" charges in Nevada 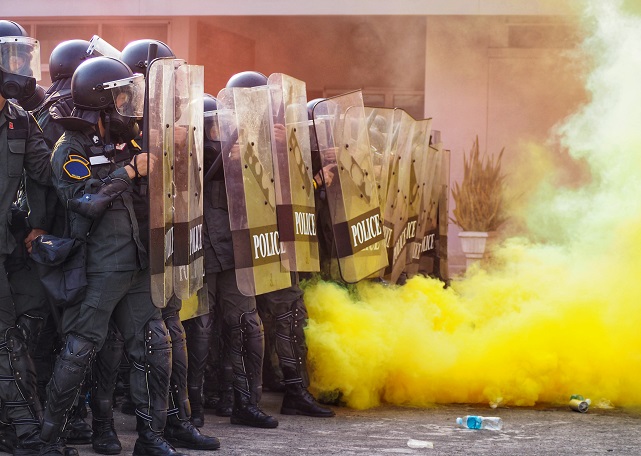 The defendant cannot be convicted if the court can’t prove that he behaved in a cruel manner.

Sometimes the cops may make a mistake in identifying the correct criminal. This means that the person who has not committed the crime is held responsible for the crime. These people just pay the price of being present at the wrong place at the wrong time.

The cops will eventually drop the charges when they get proof of such a mistake via a video recording or such other proof.


The breach of peace conviction can be closed 12 months after the case ends.

6. Immigration consequences for "breaching the peace"


A person cannot be deported for breaching the peace in Nevada, Las Vegas. But, this law may not be permanent as immigration law keeps changing very frequently.


A person can be accused if he refuses to leave the Nevada casino, even though he has been asked to leave. Trespass is considered a misdemeanor, which can lead to 6 months in prison and /or maximum USD 1000 in fine.

8. Inciting a Breach of Peace


Inciting a breach of the peace is also considered a crime in Nevada. This can result in maximum of 6 months in prison and / or up-to USD 1000 fine.

Thus, Breach of Peace is considered as a crime in Nevada, Las Vegas and is punished according to the severity of the offense.