What is the Law on Bribery in Utah and What are the Punishments for it?

Whatever may be the efforts of governments make, they will not be able to succeed in helping their countries advance and grow unless they curb the crime rates, and more particularly, those of some of the most serious ones. The worst crime that can deter the growth of a country is "bribery." The reason is that this crime will influence those who have powers to wrongly use them without any concern for the growth of their country and the welfare of the citizens.

Unfortunately, most of the pundits firmly believe that fighting the crime of bribery will never end because humans are avaricious by nature and therefore, they will succumb to temptations when others pay them money, give them gifts, and shower on them irresistible favors. At the same time, a fact that these pundits may be overlooking is that governments are making all-out efforts to curb the menace of this crime.

Law of Bribery in Utah

In Utah bribery can be a second degree, third-degree crime. Class A misdemeanor or Class B misdemeanor depending on the severity of the crime. It is coded under Utah Code Ann. § 76-8-105.

Bribery is considered a Second Degree Crime in the following cases:

The consequences of bribery may be the following: 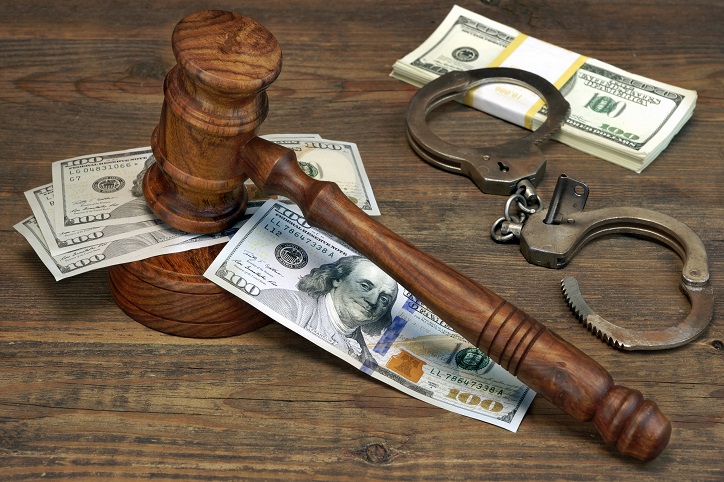 The members of legislation, public employees, and servants will face severe consequences in the state of Utah for acting against the public interest. The punishment is directly proportional to the level of misconduct and degree of an offense committed by the defendant. The maximum punishments are reserved for cases where the value of the bribe is significantly high or the offense has been repeated a few times.

A few examples of this crime:

1. If a sportsperson or an athlete receives money or favors for losing in a competition or for playing below his or her potential, he or she is committing this crime. The person or persons who pay this money or extends the favors is also committing the crime.

2. If a local official receives gifts or money for voting in a particular manner in a matter that involves the public interest, that official is committing the crime of bribery.

3. If an officer manning the HR department of a firm or an organization accepts money, gifts, or favors for pushing the resume of a candidate to the top, he or she is committing this crime. The person who is paying the money, giving the gifts, or extending the favors is also committing the crime of bribery.