What are the Michigan Kidnapping Laws and What are the Punishments for Abduction in Michigan?

Kidnapping is defined as an act when an individual forces someone else to move against their free will. In a majority of jurisdictions, kidnapping is considered to be one of the more severe criminal offenses and the state of Michigan happens to be one of them. The state not only categorizes it as a felony, but there can be also a penalty of life imprisonment if convicted. However, to be convicted under the kidnapping laws of Michigan, an individual should restrain a person knowingly and have the intention of performing an act, which is mentioned in the statute’s language.

An individual is prohibited to purposely restrain another individual to do one or more:

According to this particular statute, restrain is an act to restrict the movements of a person or confining him/her in a manner, which interferes with his/her freedom without having the lawful authority of doing so or the consent of that person. The law does not mention any particular time frame to be regarded as a restraint.

Elements of Kidnapping in Michigan

Following are the elements of kidnapping in the state of Michigan:

Punishment for Breaking Laws on Kidnapping in Michigan

The state of Michigan regards the crime of kidnapping seriously. Any individual who has committed the offense of kidnapping is held guilty of a felony penalized by a life imprisonment term, or any other prison term and/or a maximum fine of 50,000 USD.

The State Police offers round the clock quality police service all over the state to ensure the protection and safety of their people, as well as, their property in Michigan. 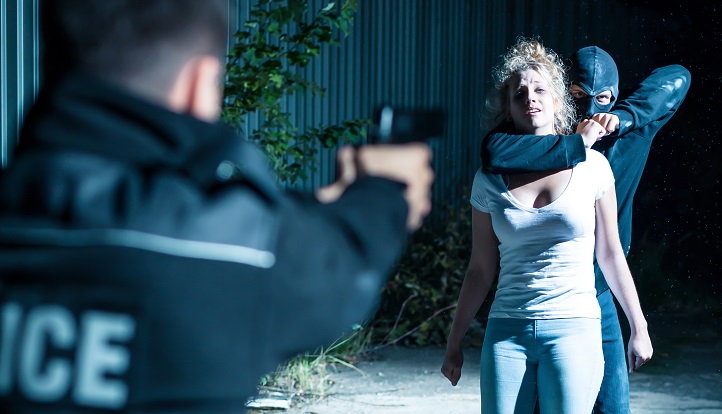 Any person who fraudulently, forcibly, or maliciously entices or leads a kid below 14-year-old intending to hide or detain the kid from a legal guardian or a parent can be held guilty of committing a felony. According to the 750.350 Penal Code of the state, they can be penalized with a life imprisonment term. In case a person is being accused of kidnapping a kid, they may be subjected to investigation by the police for abducting a child in the state.

When a parent (adoptive or natural) retains or takes his/her child for over 24 hours and has the intention to hide or detain the kid from any other legal guardian or parent of the kid having custody, they will be considered guilty of committing a felony leading to a maximum jail term of 12 months, and one day and a maximum fine of 2,000 USD. In case the parent was earlier found guilty of a charge related to kidnapping, there can be additional complications.

Thus, kidnapping is a severe crime in this state and Michigan law related to child abduction reflects how severe the charge can be. In case a person faces charges of abduction or is apprehensive that they could be investigated for kidnapping in the state, it is imperative for them to get in touch with a seasoned criminal defense lawyer as soon as possible. When they have a good lawyer on their side during the trial, they can be assured of their rights being defended well in the courtroom.