What is the Law on Misappropriation of Funds in Oklahoma and What are the Punishments for it?

The property, in the context of this law, is anything of value that belongs in a person’s possession.

The question that often arises in people’s minds is whether the misappropriation of funds is the same as theft. Although the two crimes share a common structure, they vary based on circumstance. Theft is considered to be an act wherein a person steals another person’s property from their possession. On the other hand, when a person is legally given possession of another’s property, for the fulfillment of any purpose, and this property is stolen by the person, it amounts to misappropriation of funds. The person could have, either partially or wholly, legally handed over this property to another person or even have transferred the ownership to them. The transfer does not imply that the other person can use this amount for their personal gains.

The element of trust is very apparent in any crime of misappropriation. For any person, the act of handing over their valuable property to another person would imply a sense of trust. The person does so in good faith, with the knowledge that such transfer is only meant to serve a certain purpose. When this property is stolen from the owner, it breaches trust on all levels. Hence, the crime of misappropriation of funds is seen as a very serious one.

Examples of misappropriation of funds include -an employee stealing from the employer or company, forging financial documents for personal gain, cheating investors from their funds, public officials using public funds for personal benefits and so on. 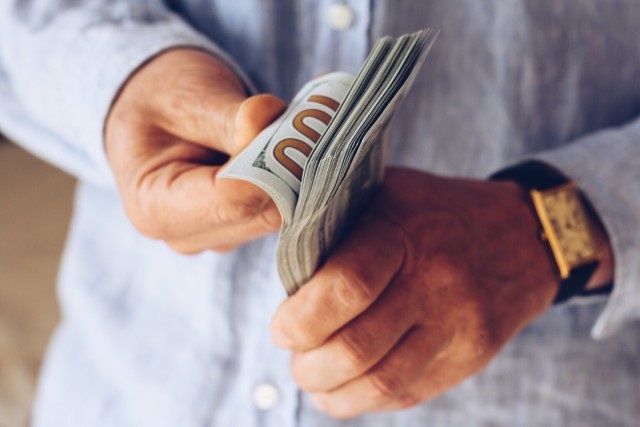 Misappropriation of Funds in Oklahoma

The crime of misappropriation of funds is called embezzlement in Oklahoma. Embezzlement is the act of stealing a person’s property when it has been entrusted for any purpose. We often see this act of property theft happening in the course of the occupation. Several bank tellers have reportedly stolen from customers who have entrusted their money with the bank. Similarly, this crime is rampant in the business world. Public officials too partake in this crime as they are put on a pedestal and maintain a position of authority. Bribery can be viewed as a form of embezzlement as well. The punishments for any act of embezzlement by a public official amount to a federal crime, the penalties for which are much more stringent. In the state of Oklahoma, the penalties for the crime of embezzlement are awarded based on the value of the property stolen.

The penalties for the crime of embezzlement in the state of Oklahoma are as follows: