Robert Charles Durman Mitchum was a Hollywood actor, born in 1917, in Connecticut, and died in 1997, in California. Besides acting, he was known for being a director, author, poet, composer, and singer. He starred in many films and made classics in the film noir genre.

He has a ranking of 23 on the American Film Institute's list of the greatest male stars in Classic American Cinema. His mother was a Norwegian immigrant and his father was a shipyard and railroad worker of Irish background. His sister, Julie Mitchum, was an actor too.

Mitchum was less than two years old when his father died in a railyard accident. His mother married again. When Mitchum was just a boy, he was known as a mischievous prankster, and fistfights and foolhardiness were common occurrences. At 12, his mother sent him to live with her parents in Delaware. He was expelled from school there. Then he went to live with his older sister in Hell's Kitchen, New York. He was expelled from a school he was attending there as well.

After that, he traveled across America, hopping on and off railroad cars, doing odd jobs here and there. At 14, he was arrested for vagrancy and put on a local chain gang. He escaped, according to his own story, and went back to his family. Soon he hit the road again, till he finally reached California. 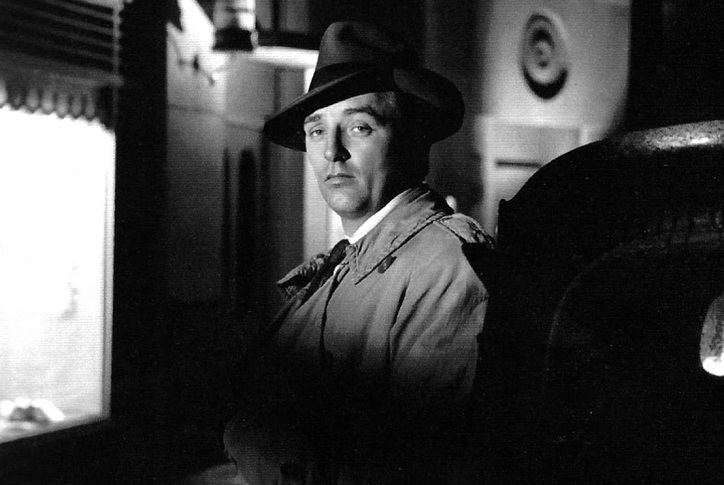 He got bit parts from time to time, acting on stage. He also wrote many short pieces and acted in them for the guild. His sister worked at a nightclub and Mitchum honed his talent for the written word by writing song lyrics for her acts. In 1940, Mitchum went back to Delaware and married Dorothy Spence.

The couple moved to California and settled there. Mitchum had three children with Dorothy and found steady work at the Lockheed Aircraft Company during World War II. The sound of the heavy machinery rendered him deaf, and he also had a nervous breakdown. He left the company and tried his hand at acting, initially performing as an extra with insignificant speaking roles.

He hired an agent who got him an interview with Harry Sherman, the producer of Hopalong Cassidy, by Paramount Pictures. This was a series of films and Mitchum got to play several villainous parts from 1942-1943. In 1943, he had a good role in the film, Gung Ho! acting alongside Randolph Scott. He played roles in B-grade westerns after that through RKO studios.

In 1945, he got a break when United Artists hired him to act in The Story of G.I. Joe. It was a hit at the box office, but shortly after the film shoot concluded, Mitchum was sent to the U.S. Army, serving as a medic at Fort MacArthur, California. His movie was nominated at the Oscars, with Mitchum being nominated for Best Supporting Actor.

After his stint in the army, a string of films followed - When Strangers Marry, Undercurrent, The Locket, Pursued, Crossfire, and Out of the Past are films that shot him to instant success. Many more followed these initial movies - the popular ones are Cape Fear, The Longest Day, Anzio and El Dorado. Mitchum won the Cecile B. DeMille Award at the Golden Globes in the 90s. 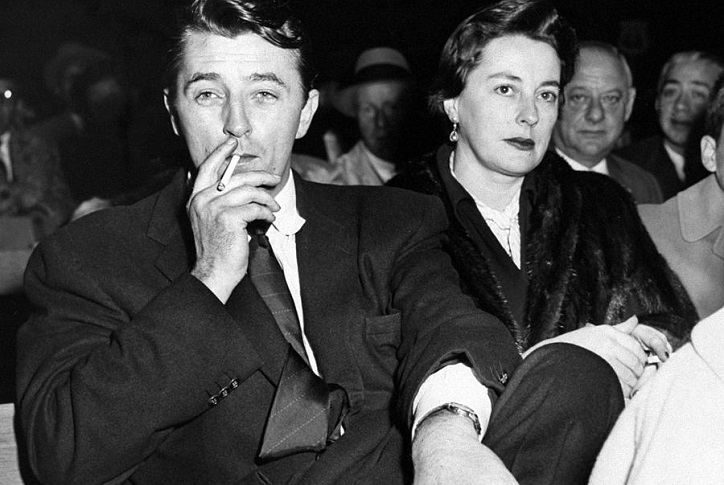 In the 1970s, Mitchum admitted that he was going through some personal problems, and wanted to commit suicide. His films were not well-received during this period. At this time, nonetheless, he was shooting for the soon-to-be Oscar-nominated Ryan's Daughter.

The movie was nominated for four awards and won two. After that, more movies were released, but Mitchum was slipping as a person, often getting into fights with reporters. He was very vocal and seemed to create controversy wherever he went.

Robert Mitchum was a brilliant actor, sometimes given less credit than he was due. In 1948, after achieving great success with a series of movies, Robert Mitchum and Lila Leeds, another actor, were both arrested for marijuana possession. After a week in the county jail, Mitchum served a 43-day sentence at a prison farm in California.

Since it was part of a sting operation by the police, the conviction was overturned later. In later years, while intoxicated, Mitchum threw a basketball at a female reporter, knocking her teeth out - he faced a lawsuit to the tune of $30 million for damages. He died in 1997 and his ashes are scattered in the Pacific Ocean.