Who is Roscoe Arbuckle?

Roscoe Conkling “Fatty” Arbuckle was known to be one of the most popular actors in the 1900s. Born on March 24th, 1887, Arbuckle belonged to a fairly unstable family. His childhood was characterized by excessive bullying due to his physique, and a father who indulged in unsuitable amounts of drinking. Arbuckle finally traveled a lot and began his career as a singer and performer. He rose to fame as a silent actor and comedian, and the industry nicknamed him “fatty”: a name he despised.

However, his fame kept growing, and he was known to be one of the most highly paid actors (sources confirm that he mentored, and was paid even more than Charlie Chaplin). He started his career at Selig Polyscope Company, but he gradually shifted to KeyStone Studios. In 1920, Arbuckle signed a contract with Paramount Pictures. The contract was worth 14,000 dollars, which is equivalent to about 175,000 dollars today. In 1917, Arbuckle even started his own company, where he met his best friend: Buster Keaton.

What did he (allegedly) do?

In 1921, Arbuckle found himself caught in the midst of a scandal that shook the entire industry. Due to his back to back and a busy schedule, Arbuckle sought to party and enjoy with his friends, in order to unwind. One such party was held in San Francisco. Without a doubt, the party consisted of a large amount of booze, attractive men and women, and of course, inebriated individuals. 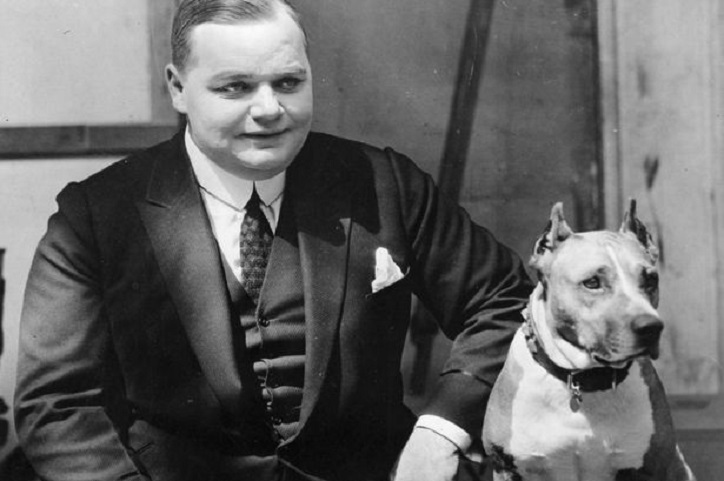 However, this party didn’t go as planned when someone’s shrill scream interrupted the “fun”. What they discovered was a young Hollywood “starlet” Virginia Rappe in a room. She was taken to the hospital two days later, where she died after a few days, due to a “ruptured bladder”.

After some investigation, it was concluded that she was raped by Arbuckle, after which her urinary bladder was ruptured due to Arbuckle’s overweight body being placed on her. This was followed by the arrest, and 3 extremely publicized trials. It led to the industry boycotting Arbuckle, leaving him bankrupt.

A false accusation can lead to a lot of damage to one’s life. This was proven in Arbuckle’s case. The three trials were conducted on November 18th (1921), January 11th (1922) and March 13th (1922). Arbuckle had an extremely reputed lawyer on his side, but his prosecutor Mathew Brady was also extremely tough competition and was hard upon convicting Arbuckle.

During the first trial, Arbuckle presented his case and stated that what really happened was that he saw the starlet on his washroom floor, almost unconscious. He immediately assumed that she was intoxicated, due to which he placed her on his bed and left.

After this, a friend of his saw her and she was taken with the assistance of multiple women who gave her an ice bath in order to help her feel better. She was undressed in order to put her in the bath. After Arbuckle’s testimony, extensive cross-examination of all the witnesses was done, after which the next trial was scheduled.

In the case of the third trial, things seemed extremely bright for Arbuckle. However, this was only within that courtroom. Outside, the entire crowd protested to punish Arbuckle for his “brutal” crime. Multiple companies boycotted him, and all his contracts were nullified. He was bankrupt and owed legal fees as much as 700,000 dollars.

The third trial was to seal his future, and in a way, it did. The one witness that the prosecutor had: Maude Delmont was dismissed as ineligible due to her previous criminal records. The trail also threw light on Virginia Rappe’s character. According to multiple sources, Virginia was known to be a “studio whore”, who slept with multiple people in the industry, got pregnant and was administered multiple abortions.

Apparently, this caused multiple health issues. She also had chronic cystitis, and this resulted in extreme irritation when she consumed alcohol. However, this did not stop her from drinking excessively. According to the autopsy, she died due to Peritonitis, which could be due to abortion in her past. 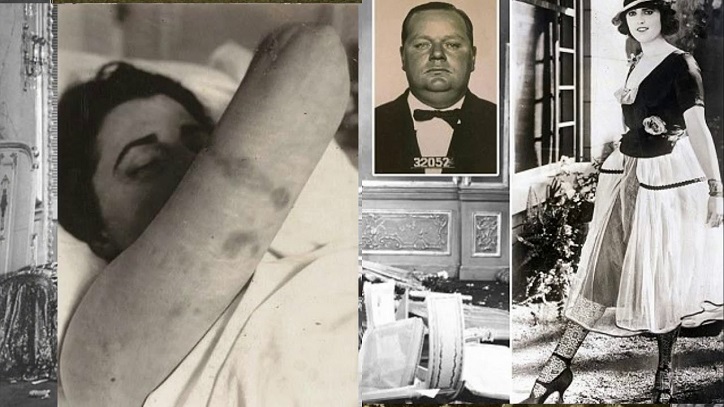 Some theories also state that her death was caused by an ectopic pregnancy, but they haven’t been confirmed as it was not possible to check for the same so many days after her death. However, these findings did prove that Arbuckle was a free man. He was to pay a fine due to alcohol consumption at the party but was free of all other charges. The jury even presented a statement to him, apologizing for the damage the case did to him and took pictures with him.

One would think that once Arbuckle was acquitted, he would be a free man. However, that is far from the truth. He was still shackled by the unfortunate legacy the case left behind on his reputation. He had multiple debts to pay back and was boycotted by multiple film companies. He was basically shunned by the industry. He retreated to alcohol and “found solace with the bottle”. A once celebrated star was now nothing but an infamous name.

However, he still climbed through the tragedy, remarried and started working again. He acted in a critically acclaimed movie, after which he even signed a contract with Warner Bros., to star in a feature film. This seemed like a fresh, new beginning. That day, he went out partying with his friends, and declared that it was the “best day of his life”. What most of them didn’t know was that it was also the last. A few hours after signing the contract, Arbuckle suffered a heart attack and died in his sleep.

Even though justice was served, Arbuckle couldn’t live up to his dreams or his legacy. It is in scenarios like this, that one is forced to ask: Who really was the victim here? That is one question that will always remain open to interpretation.