What Is The Law On Perjury Of Oath In Utah And What Are The Punishments For It?

When a person testifies in a court of law in Utah, they must swear to tell the truth and nothing but the truth. Perjury is a serious offense in Utah and is dealt with severely. In simple terms, perjury is an offense in which a person lies when under oath. Whether they are testifying in a court of law or giving a financial statement or affidavit, they must ensure they provide correct information. Otherwise, they can be charged with perjury.

Perjury occurs when a person takes a lawful oath and makes a declaration or affirms something during legal proceedings that are not true. The main elements of perjury are as follows:

Perjury Is Not The Same As Lying

Though you may believe perjury and lying to be the same, the fact is they are not. Perjury is actually a crime against the country and has certain elements that must be present for it to be considered a crime. Perjury in Utah occurs when:

Lying, on the other hand, does not necessarily mean that you have committed perjury. When under oath, you need to be truthful and if you lie but the lie is not material to the case, then you are not guilty of perjury – only lying. 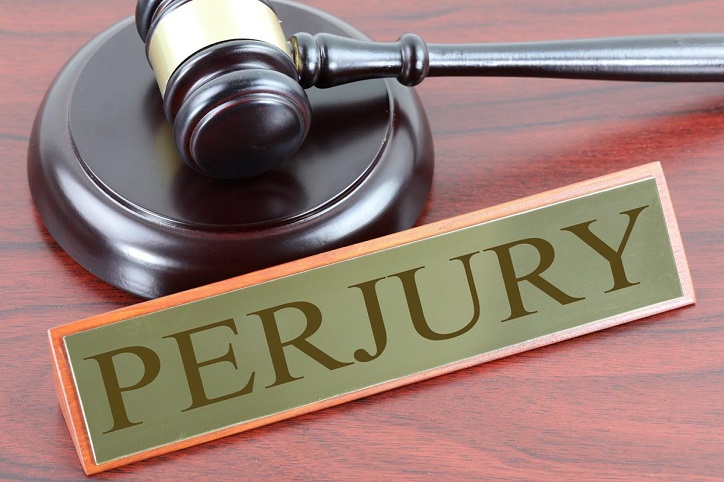 Each state deals with perjury in its own way. Keep in mind that every judge and jury have to rely on your testimony to arrive at a decision. Thus, it is important that whatever you say under oath is true. You will be perjuring yourself if you deliberately make a statement that is false and misleading while you are under oath. The same is the case when you sign a legal document that you are aware of is not true or is misleading.

Perjury is A Crime

Perjury is a crime that is dealt with very seriously on account of the fact that the legal system is built on truth and trustworthiness. The statements made under oath can tip the scales of justice one way or another. Thus, perjury will be treated as a crime against the legal system because when a person lies under oath they will end up compromising the authority of the court and grand juries as well as governing bodies and public officials.

What Are The Punishments For Perjury In Utah?

The state of Utah can and will penalize you if you are convicted of perjury by imposing fines and/or sending you to prison. The federal courts will also do the same. If you are guilty of perjury, then you can be fined or sent to jail for up to 5 years. It bears keeping in mind that most states, including Utah, have more or less the same penalties for perjury. However, it is up to the judge's discretion as to how he or she will penalize you. it all depends on the degree of perjury for which you have been convicted.

A conviction for perjury has serious ramifications and can lead to loss of livelihood.