We’ve all seen it. The mask goes on, they rush in, everybody freezes and then one brave and/or stupid worker (depending on the scene being set) tries to push the help button under their desk, and for the next hour and 20 minutes, we watch an attempted bank robbery take place on the screen. Sometimes the robbery is a success, other times the police are able to intervene. Regardless of who wins in the end, we oftentimes find ourselves cheering for the ‘bad guy,’ with his backstory somehow pulling at our heartstrings. Think ‘Inside Man,’ ‘Point Break,’ ‘Baby Driver,’ and the list could go on and on.

But what’s the inspiration for these films and why are so many of us enthralled by them?

The famous bank robbers of the early 1900s, fighting back during the Great Depression, romanticized bank robbing, at times making it seem like a courageous act. Many of them died infamous shootouts, further pushing the narrative that these criminals were, in fact, brave and heroic.

So who were these criminals, how have they become some of the most famous bank robbers of all time and why are they admired rather than despised? 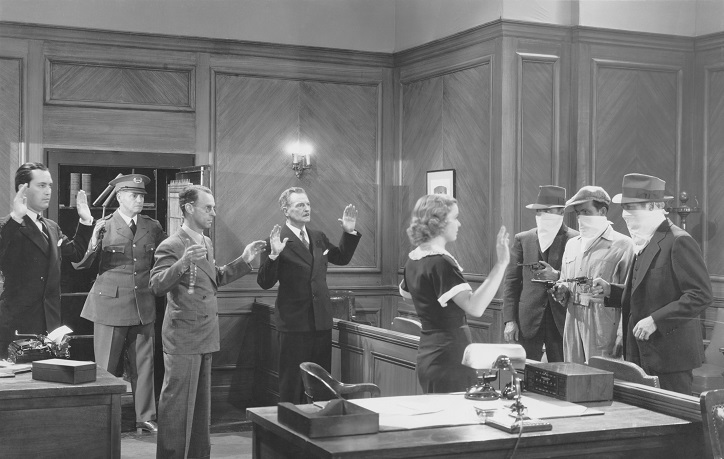 Bonnie and Clyde: Young, Fearless and Madly in Love

Bonnie Elizabeth Parker and Clyde Chestnut Barrow spent the majority of their time together robbing grocery stores and gas stations. Referred to simply as ‘Bonnie and Clyde,’ the couple is remembered as being the lively and oftentimes reckless bank robbers and jail-breakers who terrorized much of the country.  Although criminals, the pair was glamorized and adored for being fearless and madly in love with each other.

Born in Texas in 1909 and 1910, respectively, neither Bonnie nor Clyde came from families with much money. The pair teamed up in 1932, during the Great Depression, and went on an almost two-year crime spree.  Ironically, even as criminals, the couple didn’t have much money, usually stealing less than 1,500 dollars during their crimes. 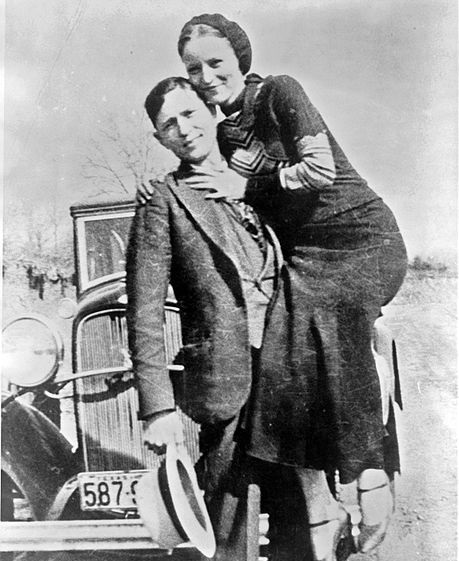 Much of what is remembered and glamorized about the famous couple, especially about Bonnie, is not quite the truth and shows just how far their legacy reaches.  Thanks to an undeveloped roll of film found at one of their hideouts in which photos of Bonnie were found, she is imagined as being a gun-wielding, cigar-smoking, lady.  In reality, Bonnie was a cigarette smoker, never-smoking cigars, and the infamous photos were staged and actually portrayed Bonnie’s very playful side.

The pursuit of Bonnie and Clyde was one of the most exciting manhunts the country had ever seen. They were shot and killed on May 23, 1934, in Bienville Parish, Louisiana.

Charley Arthur Floyd A.K.A. Charles ‘Pretty Boy’ Floyd was a famous bank robber and at one point declared Public Enemy No. 1. Born in Georgia, Floyd moved with his family to Oklahoma at a young age and was raised in poverty on his family’s farm. As with many criminals, Floyd turned to crime as a way to escape poverty, eventually going to prison for robbing a store’s payroll delivery. Upon his release, Floyd became a gun for hire and went on to rob banks across Oklahoma. He was known for using extreme violence in his operations. 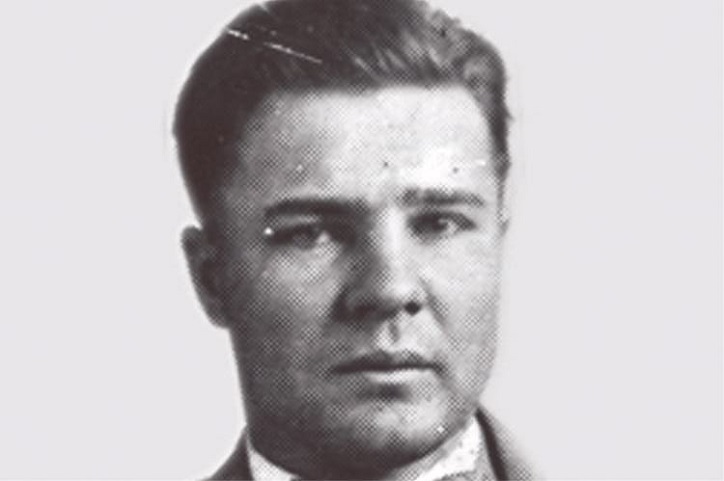 Floyd was praised by many and remembered as somewhat of a Robin Hood figure, known for destroying mortgage papers while he robbed banks, ridding families of their debilitating debt. He was also rumored to have paid meals for people who otherwise would have gone hungry.

Floyd was shot dead on October 22, 1934, killed in an FBI shootout in a cornfield.

Five years after being shot dead, Floyd was memorialized in a Woody Guthrie song titled “Pretty Boy Floyd,” in which he was remembered for his clever tactics and helping the underdog.

John Herbert Dillinger was notorious for robbing banks and even as a young teenager, the signs were there. It was noted that he had a ‘bewildered personality’ and often bullied children younger them him and as a teenager was constantly in trouble for petty theft and fighting.

After serving eight and a half years in prison for the attempted robbery of a grocer, Dillinger was let off on parole.  It was during this time, beginning in May of 1933, that he committed some of his most notorious crimes. With the help of a team of gangsters, Dillinger robbed banks and staged jailbreaks across the Midwest. 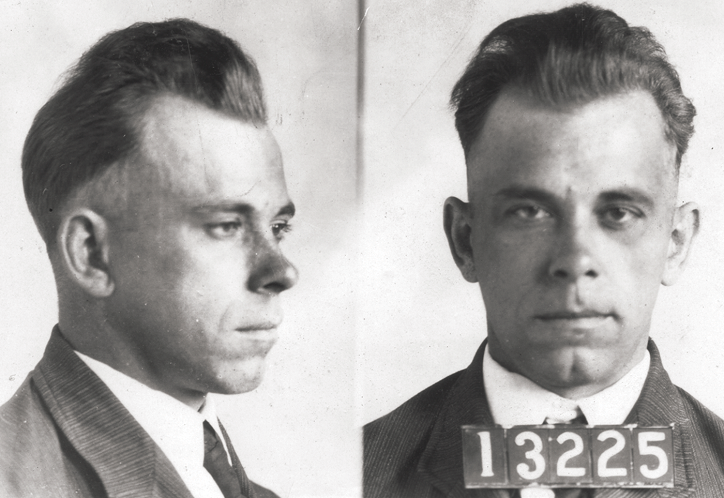 Despite his and his gang’s responsibility in causing at least 10 deaths, Dillinger is to this day, a source of much interest, fascination, and controversy.  He was in many ways seen as a heroic figure. During the Great Depression, when most Americans were suffering due to the country's financial system, Dillinger was taking action and putting his fate in own hands. Thousands of admirers showed up to Dillinger’s funeral, keeping handkerchiefs dipped in the famous robber's blood.

After 85 years spent buried underground, on December 31, 2019, Dillinger is scheduled to be exhumed from the Crown Hill Cemetery in Indianapolis for a day. His family is fighting for this to be done, claiming that the person shot at the Biograph Theater in Chicago on July 22, 1934, and subsequently buried, is not actually John Herbert Dillinger.

Eighty-five years later Dillinger still manages to be a source of anger and contention.