According to the National Alliance on Mental Illness (NAMI), millions of people are affected by mental illness each year in the United States. The facts are that 43.8 million adults experience mental illness in a given year while 1 in 25 (or 10 million) adults in America live with a serious mental illness. Psychological disorders are often hidden, they go unnoticed, out of ignorance, out of shame, but also because we don't know how to get out of it.

Knowing the prices of consultation with a psychologist (between $70 to $150) or with a psychiatrist ($100 to $200 and more), and the lack of knowledge in mental health, one could easily feel helpless and careless in front of his problems. If 1 in 5 adults experience mental illness, the children are also concerned: 17% of youth (6-17 years) experience a mental health disorder. We'll here reveal the most common psychological disorders, but also, what are the signs, what are the consequences and how to find support? Read on to learn more. 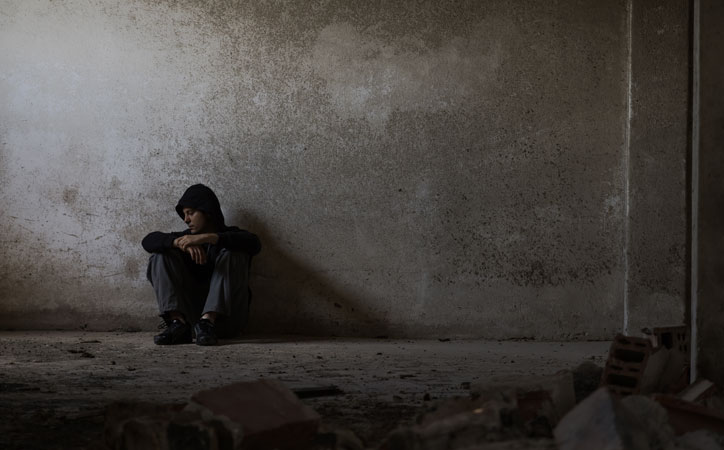 If millions of people are affected by mental illness each year, the estimated annual prevalence of people suffering from anxiety disorders among U.S. adults is 19.1% or 48 million people, which places it first on the list of common psychological disorders. It is the most common mental illness, and almost 1 in 3 Americans will experience an anxiety disorder at some time in their lives, according to the Harvard School Medical 2007 Study.

Anxiety disorders are various: panic disorder, generalized anxiety disorder, agoraphobia, specific phobia, social anxiety, obsessive-compulsive disorder or separation anxiety disorder and so on. Anxiety disorders can be a heavyweight for a person and interfere with his daily-life, either at work, at school, have an impact on his job performances and his relationships. There are many risk factors, including genetics, brain chemistry, personality and life events. Let's dig in the different types of anxiety disorders:

Generalized Anxiety Disorder - It is defined by excessive and persistent worries. People with GAD anticipate disasters, expect the worse in a systematic way, and are overly concerned about subjects such as money or health, without being able to control this worry. It is typical that people with GAD will try to plan or control situations and keep things "under control". Therapies may greatly help people with GAD to understand the source of their anxiety.

Panic Disorder - According to the Anxiety and Depression Association of America, panic disorder is diagnosed in people who experience spontaneous seemingly out-of-the-blue panic attacks and are very preoccupied with the fear of a recurring attack. It is also called anxiety attacks. The symptoms are palpitations, sweating, shaking, chest pain, shortness of breath, nausea, paresthesia, etc.

Social Anxiety Disorder - Defined by the fear of being judged, negatively evaluated or rejected in a social context, people with social anxiety disorder worry about people thinking they are stupid, strange, ridiculous, awkward, etc. It is accompanied by physical symptoms such as an increase of heartbeat, sweating, nausea, etc. It can seriously disrupt daily life and people suffering from SAD may keep themselves to themselves, fail to have a social life, loose opportunities and so on... 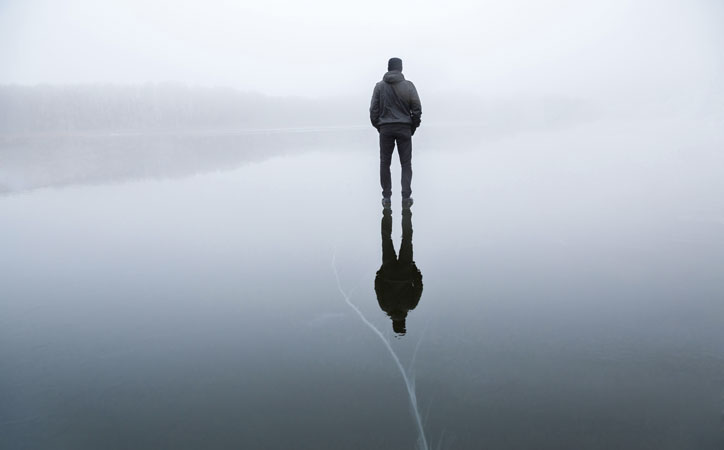 Specific Phobias - More than just a fear, a phobia is an excessive and unreasonable fear in the presence or suspicion of the presence of a specific object. It is indubitably more than just a fear of high buildings, old elevators or spiders... Most of the phobias concern animals, insects, heights, driving, public transportation, medical care, or even fear of vomiting.

Obsessive-Compulsive Disorder - Obsessions are intrusive and unwanted thoughts or urges that cause distress or anxiety while compulsions are actions someone has to perform in order to ease his distress, his anxiety or disruptive thoughts.

The annual prevalence of people with depression among U.S. adults is estimated at 7.2% or 17.7 million people, second on the list of the most common psychological disorders. Yes, depression might be more usual than you may think. Each yea,r nearly 8% of the American population experience serious depression. Depression is associated with symptoms such as melancholy, sadness, out of control tears, loss of pleasure, loss of energy, difficulty in concentrating or having a social life, change in weight, feeling unconfident, the difficulty of sleeping or oversleeping, as well as suicidal thoughts.

It is both a brain disorder and a state of mind. As surprising as it can be, depression is the leading cause of disability in the 15 to 44 years old population in the U.S. and unfortunately, it is the primary reason why a person dies of suicide every 12 minutes. If most of the people do not receive treatments, receiving care by a health professional and medication are solutions to explore. 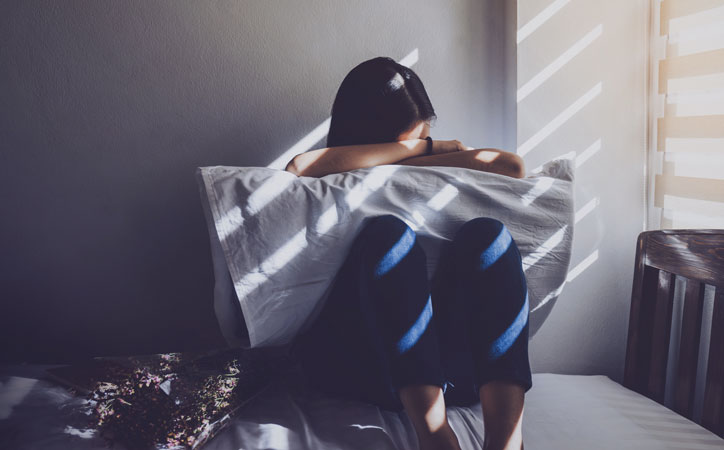 
The annual prevalence of a person with posttraumatic stress disorder among U.S. adults is an estimated 3.6% or 9 million people. Posttraumatic stress disorder is a normal reaction of your nervous system. It can occur when a person witnesses or is a victim of a serious accident, a crime, a natural disaster, a terrorist attack, the death of a loved one, war, a violent assault or any life-threatening events. It can cause serious damages, for instance among the military personnel.


The annual prevalence of persons with bipolar disorders among U.S. adults is estimated at 2.8% or 7 million people. If most people experience ups-and-downs, bipolar psychological disorders are characterized by an extreme and dramatic shift of moods going from mania to depression. Excitement and overactivity Vs. despondency and do-nothingness. It leads to extended periods of mood and energy, depressive episodes and hypomanic episodes.

There are different types of bipolar disorders, usually classified as: Bipolar I Disorder, Bipolar II Disorder, Cyclothymic Disorder. Scientists believe this could be due to several factors such as genetics, stress or brain structure and function. Bipolar disorders can be extremely demanding for family members, as well as for the concerned person that struggles to have a regular professional and family life. Yet, the support of relatives and therapy can greatly improve the situation. 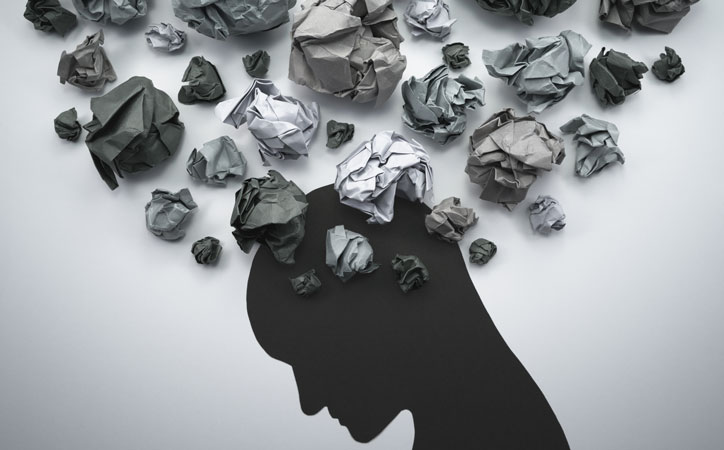 
Approximately 5.8 million Americans of all ages are living with dementia in the U.S. in 2019, according to the Alzheimer's association. As the proportion of the U.S. population age 65 and older continues to increase, the number of Americans with Alzheimer's and other dementias is also expected to grow. This part of the population will grow from 55 million in 2019 to 88 million in 2050. These facts also mean that 1 in 10 people age 65 and older have Alzheimer's dementia. If Alzheimer's is the most important form of dementia, the second most common type is vascular dementia.

Millions of Americans have Alzheimer's, and this number is expected to grow with the growth of the older population. But what is really Alzheimer and what are the signs and consequences? Alzheimer's brings a subjective cognitive decline with more frequent confusion or memory loss, which is the most common and earliest sign of Alzheimer's disease. The memory (especially short-term memory) and thinking abilities are decreasing. Forgotten recent conversations and repeated similar questions are part of the signs, as well as a change in speech, a memory lapse of common words. These signs worsen with time for Alzheimer's disease patients. The behavior can also evolve in mood swings, lack of hygiene and lack of autonomy. 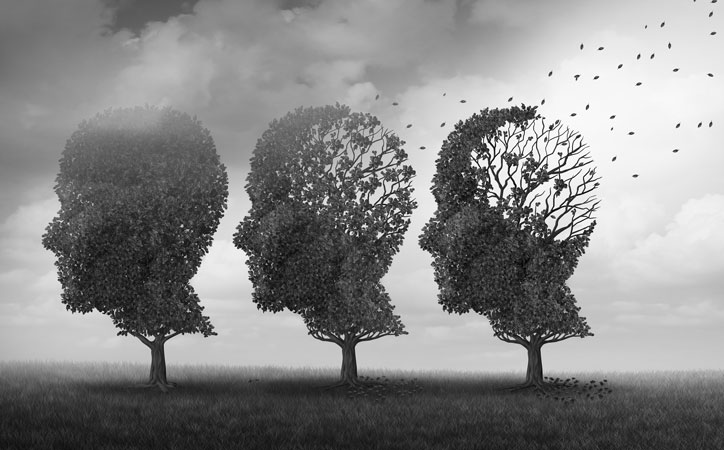 Part of dementia diseases, vascular dementia is the second most common one. Vascular dementia results in a decline in thinking skills caused by inadequate blood flow to various regions of the brain, depriving them of oxygen or nutrients. The impact depends on the severity of the blood vessel damage. Memory loss is one of the early symptoms, confusion, disorientation, speech trouble, walking difficulty and so on.

How to help people with dementia? As often, prevention and early screening are very effective but when the disease is known or suspected, a treatment plan has to be elaborated with a physician as well as a healthy diet, limit smoking, and alcohol consumption and exercise.