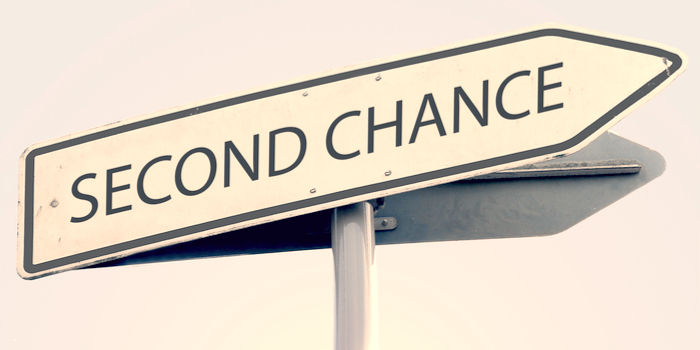 More two decades have passed since the United States got its independence, and over this time period, American prisons have housed tens of millions of criminals. As of 2018, there are more than 2.3 million prisoners in prisons all across the country, many of them due to be released in the next few years. The astounding number of inmates raises a lot of questions, one of which is whether criminals deserve a second chance.

What is a Second Chance?

The term 'second chance' has so many different meanings to people, and each of us has to define what does a second chance mean. When an inmate gets out of prison, his family is usually the first to welcome him back. While a blood connection is strong, many people find it difficult to welcome their prodigal sons and daughters with open arms.

From the family, we move on to friends, and this is where things become very difficult. While families may forgive the crimes their relatives committed, friends don’t always feel obligated to do the same, and it’s even worse when you get to employers.

Many businesses and employers hesitate whether to give criminals a second chance out of fear that they will harm them or the workplace in any way. Unfortunately, today's society isn't as forgiving as it should be, and while a person's initial instinct will be to stir clear of criminals, we still need to answer the question of what our further course of action should be.

The answer to whether or not criminals should get a second chance is YES, but with exceptions, like many other things in life. When a person commits a crime, we have to look not only at what he has done, but also on what led him to do it. A poor mental state, a young age, personal hardships, family troubles, financial worries and abuse often lead people to commit crimes that affect them for the rest of their lives.

If a person has been backed into a corner, he should be given the chance to rehabilitate himself, and that is what prisons are for. Unfortunately, many facilities don't have the resources to rehabilitate the inmates that reside in them, which leads to a cycle of punishment that doesn't do much. This causes two thirds of inmates to commit crimes and get rearrested within three years of their prior crime.

This has a lot to do with the fact that many criminals don't get the tools to handle the outside world, which again, causes them to get backed into a corner. In these cases, the role of rehabilitation falls on our shoulders, and when we give people a second chance, it can be their saving light.

Giving criminals a second chance is a very important moral and societal issue that will hover over all of us for as long as there are crimes. Unless a person has committed a heinous crime that shows he can not be rehabilitated, most criminals should have a second chance, and their road to recovery begins with us, as a society, giving them that chance.

How to Meet People Online

A Guide for Getting a Firearm License in Florida