Intimacy During Separation - Is it a Good Idea?

Cons of being intimate during marriage separation

Partner is involved with someone else


When you are taking a break from your marriage, you may have decided with your partner, that you both are free to see new people. Some people may want to utilize that opportunity and some might not want to get involved with other people. Typically during marriage separation, the partners are allowed to be intimate with other people. If you are also getting physically intimate with your partner, would you like to know that they are simultaneously sleeping with other people as well? If the people involved are seeing someone else then it is wiser that they are not involved with each other at that time. Although there is no promise or commitment, still you may end up hurting your spouses' feelings or vise Versa.

getting sexually intimate with your spouse during marriage separation is a high-risk strategy when you think about the bigger picture. There is a reason that you decided to try out marriage separation. You both want so sort out your own issues and insecurities by taking some time and space for yourself. During this time you will feel strong emotions like loss, hope, and love for your spouse. The bonding hormones during sex will increase your want of getting back together. Your hormones might actually make the decision for you. In the case that you cannot make the relationship work, you can make a quicker decision to end the marriage, rather than prolong the entire process.

Pros of being intimate during marriage separation

Intimacy increases during the separation


For any reason, the lack of intimacy is the cause of separation in the first place. Now the excitement and distance of the separation have triggered the desire for physical intimacy once again. You can use this instinct to help both of you to get closer to each other. It could be just the perfect opportunity to rekindle your romance.

If you decide to be intimate, make sure that you are prepared to face the emotional consequences of intimacy during marriage separation. It might be that your partner does not want to get back after being intimate or it was just about routine and sexual gratification for them. Talk it through before getting involved in the act. 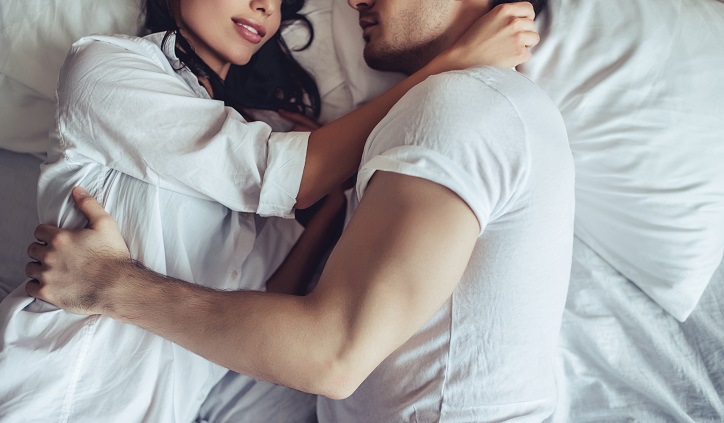 When two people have sex, oxytocin is released during sexual intimacy, through kissing, touching and in orgasms. The hormone works to intensify the bonding and connection between the two people. For this reason, it is also present during childbirth.  So if you are getting sexually intimate with your partner during marriage separation, the hormone might just work to rebuild your connection and strengthen your bond.


Sexual intimacy releases tension and reduces the anxiety that can help both of you to get some clarity on what you would want to do about your marriage. Physical intimacy also reduces guilt over the separation and makes it easier for you to communicate together. People are creatures of habit and they like to repeat things that they enjoy. You and your spouse through physical intimacy can start to desire each other once again.