The Virginia State Penitentiary in Richmond; Virginia first opened in 1800. By 1884 the building was completely functional. The prison continued hosting prisoners till 1928 while another building came up in the premises with the sole aim of closing down the earlier building as it had been in use for more than a century. In 1990, there came a point when an inventory of the premises showed very poor living conditions. For instance, the entire unit was filthy and roach-infested with most of the inmates confined to their cells for more than 22 hours a day. The heat was unbearable with plumbing and other water needs in a bad condition.

Eventually, this facility also closed down which led to the opening of 2 new modern facility prison buildings called the Greensville Correctional Center and Keen Mountain Correctional Center. As of today, Virginia has more than 30 correction penitentiaries located in different parts of the state.

Some of the Well-Known Prisons in Virginia are:

Red Onion Prison located in Pound Virginia is a Super Max Prison that started functioning in 1998. Red Onion is infamous for housing some of the most dangerous and violent criminals that the United States has seen. Usually, prisoners with a history of violence and predatory activity are transferred to this facility. Over 2/3rds of the prisoners of Red Onion are confined to solitary confinement and remain in their cells for 23 hours a day. Food is served in trays through slots in their doors.

Rehabilitation programs are also very limited for these inmates with some programs seldom offered to them via video on closed-circuit cameras. The solitary confinement and the treatment of inmates have brought up a lot of criticism for Red Onion State Prison from human right groups.

Inmates at the Red Onion State Prison are allowed 4 hours of visitation a month. The facility must be contacted, and an appointment fixed. Visitation without a prior appointment will strictly be declined.

Another well known super-max prison in Virginia is the Wallens Ridge State Prison located in Big Stone Gap, Virginia. Most of the 1200 inmates in Wallens Ridge State Prison serve long sentences including multiple life sentences. This prison houses inmates hailing from different parts of the country. This has become a reason for contention and criticism among human rights watch groups that claim that it restricts them from seeing family and community members.

The Wallens State Ridge Prison does not house dangerous and violent offenders like the Red Onion State Penitentiary. However, they do not participate in any localized enterprise program either. However, plans are in the pipeline for prisoner friendly programs to be incorporated in the facility.

Anyone visiting the Wallens State Ridge Prison must be approved by the authorities through an application form submitted prior. Visiting is held on Saturdays and Sundays. 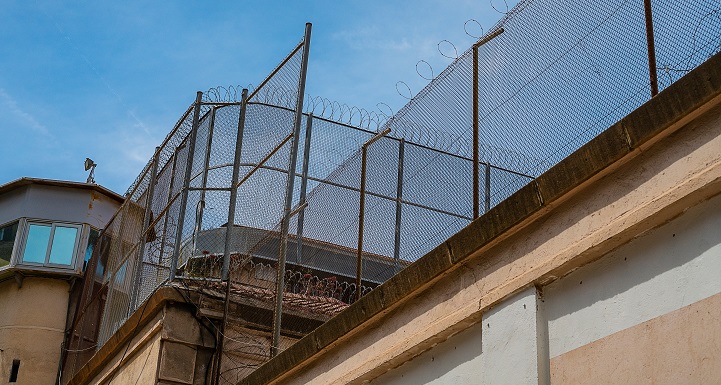 Virginia Correctional Center for Women is in Goochland, Virginia currently housing about 590 female inmates. The facility was first opened in 1931 and has since then seen constant development and expansion. The prison is situated in a 260-acre land and has multiple structures or buildings. Inmates are usually housed in five general population buildings. Inmates also have access to a 24-hour medical unit, mental health services, and dental clinic.

Inmates have the freedom to participate in programs specific to women which includes anger management, thinking for change and the MATRIX substance abuse treatment program. The inmates can also earn a GED and are allowed to take college-level correspondence courses affiliated to Louisiana State University.

An application must be submitted for a scheduled visit. Visitation is held usually on Saturdays and Sundays. The timing for the visit is on a rotating schedule.