What are the Alaska Loitering Law?

Loitering helps in providing a lesser offense that can be utilized by the police to confront and detect the suspect from lingering and roaming in a high crime area, on those occasions when criminal intention or a potential criminal is judged under suspicion.

A very good example of loitering can be given when a group of friends or group of fellow co-workers are leaving a restaurant or a cafe and they decide to talk for a while on the sidewalks before heading towards their home, they are not likely to be challenged or penalized for loitering. If however, the group is still hanging on the sidewalk in front of the establishment for a very long period of time, becoming out of control, then they might be charged by the police officers for loitering. A bust most likely scenario would be that the group would simply be asked to move along by the police, rather than being taken into custody.

Ordinances and Statutes on loitering vary from jurisdiction to jurisdiction. Most of them specify, if a business place or a public place put up a no loitering notice which is clearly visible to the public, loiterers are then to be considered on notice, and the police officers can take action on them immediately.

Loitering law - in the State of Alaska

A financial crisis is a worry-some situation for any normal individual, and moreover to have financial troubles as well as mental illnesses could be nearly life-threatening. In the process to reduce loitering in Alaska in an attempt to find capable staff to handle the needs of the mental illness of the homeless and keeping them in control of keeping them off-limits is even more challenging, when they are sent in jail for further processing in Alaska the system to keep them away from the streets, it becomes as difficult to handle budgetary issues because Alaska has some highest per capita rates of homelessness and alcoholism as compared to other states in America and finding the workforce for this fieldwork has become even more challenging task for the officials. The district’s community council is entitled to send a resolution that is strongly worded to the city asking for more aggressive laws to maintain anti-panhandling and nuisance in the state. 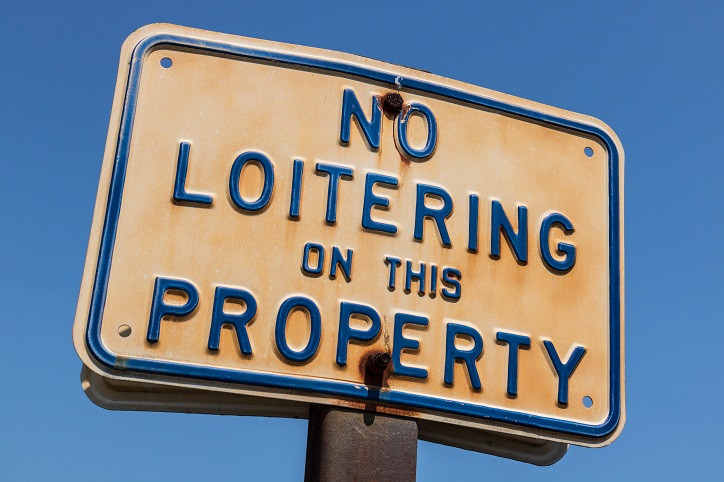 There are about 4,000 people approximately living without permanent housing in Anchorage, though most of them are living in shelters. At the last count in August 2018 around 400 are in shelters.

Loitering is considered as an insignificant crime or a very small violation as compared to other crimes committed in the state, whereas loitering does have the potential to persuade more severe crimes in the state. And to prevent those act to precede the consequences for loitering can be community service or fines as it is decided by the court or both in few cases. If the plaintiff wants to still consult an attorney if he/she feels that he has been falsely arrested and harassed by the police authority and in such cases, there is the chance of being compensated by the court.

Furthermore when people were harassed and falsely charged for loitering most of the states in the United States of America adopted anti-loitering law in which the law only aimed to reduce gang-related activity most commonly drug trafficking and violent crimes which gave the police officer the right to arrest those people in case of not following the law or disobedience.