The city of Montgomery is the second largest city in the state of Alabama and covers a land area of 784,25 square miles. It was incorporated as a city on December 3, 1819, and is known to have attracted the first electric streetcar system and the Wright brothers' first school for powered flight.

Today, the city is home to both the Maxwell and Gunter Air Force Bases. The city, in 2004, grabbed one of the biggest economic development projects with Hyundai Motors Manufacturing Alabama when the company built a $ 1.4 billion automotive plant in Montgomery. 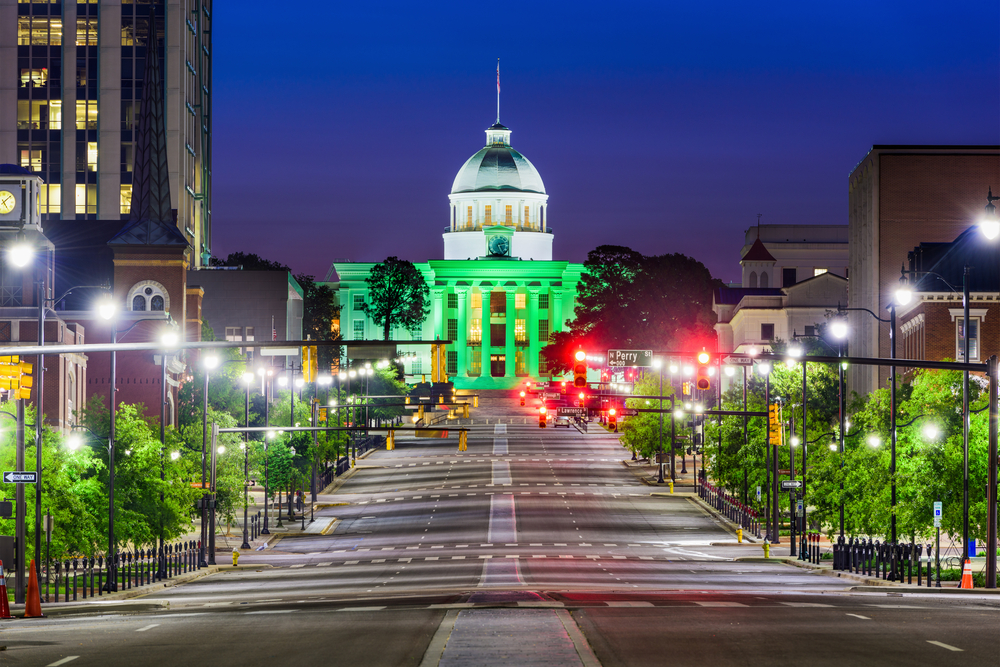 Characterized by summers that are long, hot, and humid, winters that are mild, springs and autumns that are war, and winters that are short and mild, Montgomery, Alabama features a humid subtropical climate. The Montgomery Public Schools system serves the city and the county. The city is a hub for commodity crops such as soybeans, peanuts, and cotton, thanks to the central location it adorns in Alabama's Black Belt.

In the racial and ethnic demographics, 33.9 percent of the people are white while 58.6 percent are African American. Other racial and ethnic backgrounds include 3.5 percent Hispanic and Latino population, 3.1 percent Asians and 1.4 percent are people of mixed races. About 4.4 percent of the people are foreign-born, while 5.5 percent speak a language other than English at home.

There are a total of 90,281 households in Montgomery, and 2.44 persons are the average people living per household. The population density in the city is 292.5 persons per square mile.

Education and income in Montgomery, Alabama

According to the 2016 census from 2012 to 2016, about 85 percent of the people of Montgomery, who are older than 25, have graduated from high school or have sought to study further. Additionally, 31.5 percent among them have a bachelor's degree or have pursued higher education.

According to the data collected by the Bureau of Labor Statistics of the United States in 2017, there were about 164,610 people under employment in all fields in the city. The median hourly wage was found to be $15.66 while the annual mean wage was noted to be at $ 41,460.

Crime in Montgomery, Alabama
According to the Uniform Crime Reporting (UCR) program of the Federal Bureau of Investigations (FBI), there were a total of 10,221 criminal incidents reported in 2016. These included 30 cases of homicide, 62 cases of rape, 448 cases of robbery, 675 cases of assault, 2,298 cases of burglary, 5,834 cases of larceny and 874 cases of motor vehicle theft.

In 2015, the total incidences amounted to 9,401 cases. These included 33 cases of homicide, 40 cases of robbery, 391 cases of assault, 2,342 cases of burglary, 5,280 cases of larceny and 874 cases of motor vehicle theft. This means that there was a 55 percent increase in cases of rape, an 18 percent increase in motor vehicle thefts and a two percent decrease in burglaries. In 2012, there were a total of 12,885 cases, taking into account the kind of criminal activities as has been noted for the years of 2015 and 2016.

According to the Alabama Law Enforcement Agency report of crime in the state in the year 2016, there were 63 arrests of juvenile offenders and 1,252 adult arrests.

You can search for Unclaimed Money in Alabama

You can perform a Background Check search for Alabama