The embezzlement definition law of the state of New York classifies the crime as a “white collar” operation, which is carried out when an individual steals money or property which has been entrusted into their care. New York embezzlement laws categorize an employee or trustee stealing from a company or establishment as embezzlement. In addition, the crime of embezzlement is usually deemed to be premeditated and conducted in a calculated manner.

When it comes to embezzlement law, New York loops the crime in with larceny, which involves taking money or property from its rightful owner and holding it against their will. New York embezzlement laws are clubbed in with laws related to larceny, and are not a standalone statute.

According to the New York embezzlement laws, the crime committed has to be found violating the fiduciary obligation which comes into play any time an individual is entrusted with the funds of property of a company. This obligation means that they have a duty to protect the money and to keep it safe from been used in an irrational manner, or to be used when an emergency arises. The New York embezzlement law chalks out these people as being the directors, officers, agents, trustees or a bailee of a company, who are given the responsibility of taking care of personal or real property, computer programs or data, evidence of debt, or anything which has a monetary value attached to it.

Punishment for Embezzlement in New York 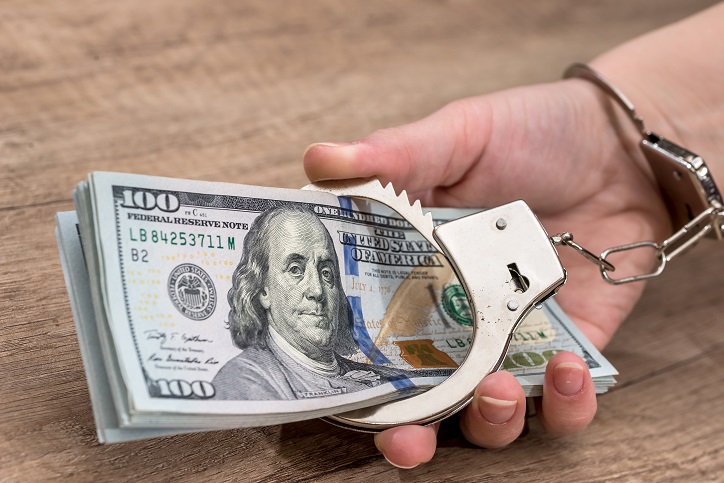 Any individual who has been convicted of embezzling funds from a company or establishment will have to face prison time of at least 12 months. In addition to this, they will also have to pay a fine of an amount which is twice the sum of money that was embezzled. This means that an individual convicted of embezzling $1 million will have to pay a fine of at least $2 million.

Start an Arrest Records Search for the State of New York Here!