What is the Law on Trespass in North Dakota and What are the Punishments for it?

Criminal trespass occurs when an individual enters an area they are unauthorized to enter, thereby intruding on the rightful property and soil of another individual, committing a criminal and civil offense in the process. It is the unlawful interference of another human's private property.

An individual requires the permission or consent of the owner to enter their premises, dwelling, residence, or land and is otherwise committing a misdemeanor infraction in most states in the United States.

What is the Law of Trespass in North Dakota?

Chapter 12, Code 1-22-03 of North Dakota declares that an individual is guilty of the offense of criminal trespass if they proceed to access or remain in or on any building, structure, storage or occupied structure, they are not privileged to access, and if that premise excludes intruders from access and the individual is communicated against trespass by any notice given by clear, legible communication by the original owner of the property, either verbally or written while posting with explicit notification any reasonable person can identify upon entering the area.

Individuals might be found guilty of criminal trespass despite the owners not strictly abiding by the above stipulations as long as it can be proven the owners significantly complied with the communication rules of their warnings being notified to all potential intruders and outsiders.

Peace officers citing individuals of the offense of criminal trespass shall note on record the address and name of the offender, notify them regarding their right to request a hearing when posting for the bond via postal services. The peace officer shall not apprehend the offender into custody or require the offender to relocate his person to any other location for the goal of posting a bond. 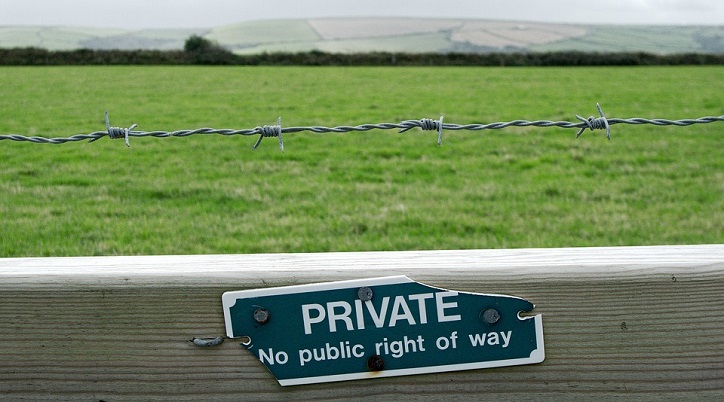 The peace officer shall provide the offender with an envelope to be used for mailing the same bond.

The offender cited for criminal trespass may appear before the authorized official and pay penalties for the violation committed before or during the time allotted for hearing.

The offender may forfeit their bond at their will by not appearing at the designated time despite posting bond.

Are there any exceptions made for Criminal Trespass in the Laws of North Dakota?

Any peace officer engaged in the course of discharging their official duties is not liable for the offense of criminal trespass.

What are the Elements of Trespass?

There are four elements constituting the crime of trespass:

What is the Punishment for Trespass in North Dakota?

An individual that remains upon premises they are not entitled to access or have to permission to access after being requested to leave is guilty of a Class B misdemeanor punishable by imprisonment up to 30 days and/or a fine of $1500.

Further violations of the above within a 2 year period constitute a Class A misdemeanor punishable by imprisonment of 1 year and/or a fine of $3000.