A medium-sized city on the larger side, Syracuse is situated in the American state of New York. It has 73 constituent neighborhoods and has a population of approximately 143,378 inhabitants. Syracuse also happens to be New York’s 9th largest community. It is one of the historic and older cities in the United States of America.

Contrary to some other American cities, the city does not primarily constitute blue-collar or white-collar jobs. Instead, Syracuse’s workforce is primarily a mix of both blue & white-collar occupations. In all, it is a city dominated by service providers, professionals, and office & sales workers. One would come across a lot of residents in this city who are engaged in professions such as teaching (8.86 percent), sales jobs (10.12 percent), and office & admin support (15.17 percent).

You will find several residents of Syracuse who are taking leverage of the public transportation facility to move around. Contrary to the size of Syracuse, the number of citizens who are using the bus to travel to their workplaces is very high. The public transit enables to satisfy the requirement of the city’s residents for economical transportation. 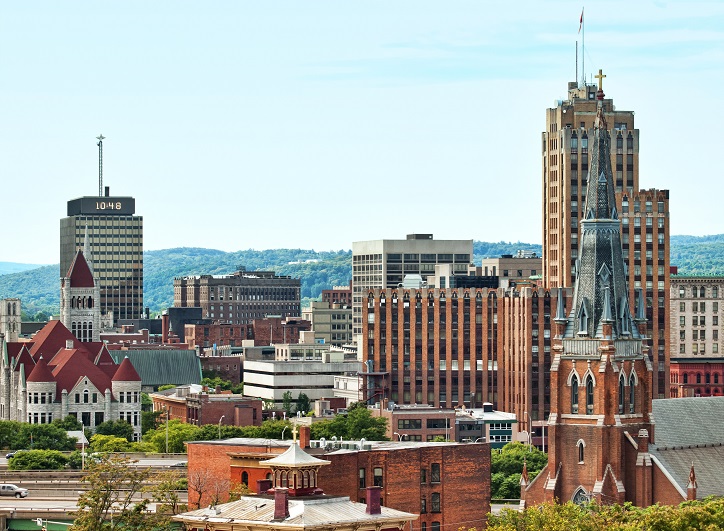 As far as the education level of the citizens of Syracuse is concerned, the percentage of the college-educated population is higher in comparison to the mean American community of 21.84 percent. In fact, about 26.80 percent of Syracuse’s adult population holds a minimum of a bachelor’s degree.

In 2010, Syracuse’s per capita income was 20,594 USD. It is regarded as a low income in comparison to New York. For the rest of America, this income comes under the category of lower middle income. At the same time, the city comprises of both poor, as well as, extremely affluent inhabitants. Incidentally, Syracuse is also known to have one of the most severe poverty rates in the country. Around 33.64 percent of its residents live below the poverty line defined by the federal government.

English is the most extensively used language in the city for communication purpose. Other prominent languages used in Syracuse are Chinese and Spanish.

Syracuse has a crime index of 9, signifying that it is safer in comparison to 9 percent of the cities in the United States of America.

Rape, manslaughter, murder, aggravated assault, and armed robbery were the types of violent crimes in Syracuse, which were taken into account while computing the rates. 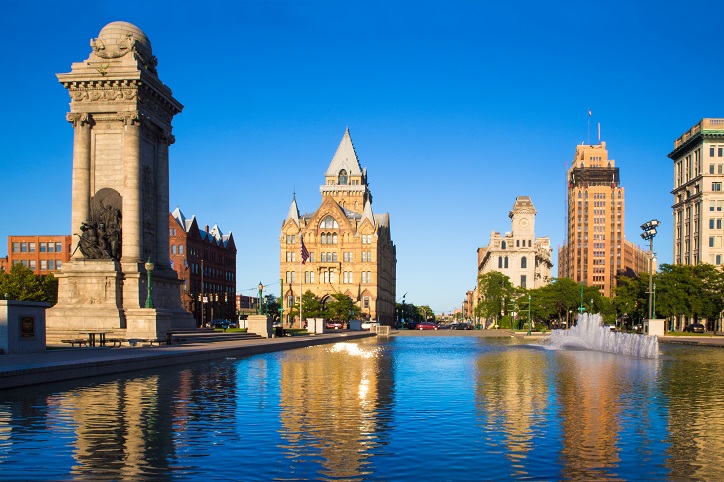 When NeighborhoodScout analyzed the crime data reported by FBI, they discovered that an individual’s likelihood of becoming a sufferer of any kind of these crimes here is 1 in 133.

According to NeighborhoodScout’s analysis, the city has one of the most severe rates of homicides in the country in comparison to towns and cities for different population sizes ranging from the smallest to the largest.

The analysis also illuminates that the property rate crime in Syracuse is thirty-five per 1,000 residents. It makes the city a place with an above average possibility of suffering from a property-related crime in comparison to all other American communities belonging to varying population sizes. Instances of property crimes include burglary, larceny, vehicle theft, and arson. A person’s likelihood of falling prey to any of the above-listed property crimes in the city is 1 in 29.