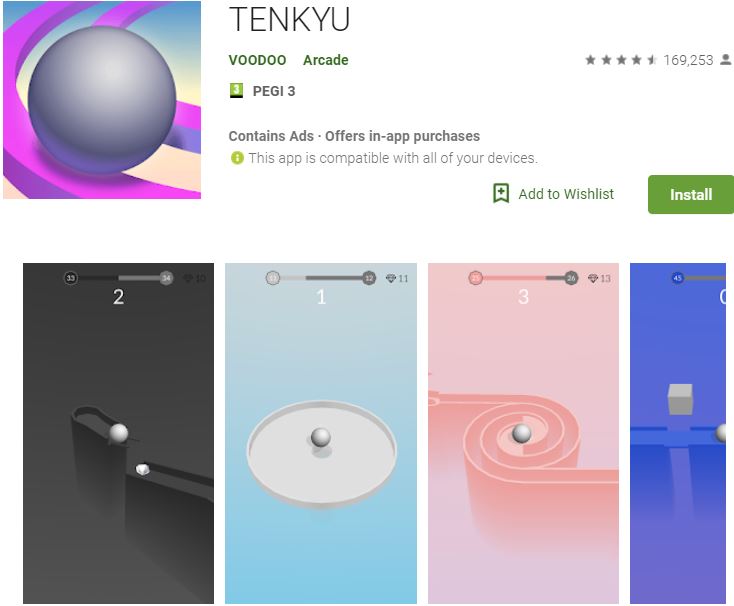 Tenkyu is an arcade game for Android and iPhone users that is available on the Google Play store and Apple App Store. It can also be played on the iPad and iPod Touch. Voodoo developed it and released in 2017. Voodoo has developed games such as Roller Splat!, Purple Diver and Gobble Dash before. The game is free to play but contains ads, same as any other free service on the World Wide Web. The developers also earn money from the in-app purchases on offer to the users.

How do you play Tenkyu?

Tenkyu is a very easygoing game. All you have to do is roll the ball on the screen through a three-dimensional world. If you are unable to go past the stages well, your fate as far as the game is concerned is doomed.

The ball falling signals the end of the game. You have to swipe the finger, balance the stage and roll the ball. Tilt the stage to adjust it but don't tilt it too much. If you lean the stage too much, the ball will fall and we all know what happens then!

Tenkyu is free for downloading and playing. However, if you’re annoyed by the ads constantly interrupting your game – you can have them removed for $2.99. If you are inclined, there are in-app purchases that you can make. 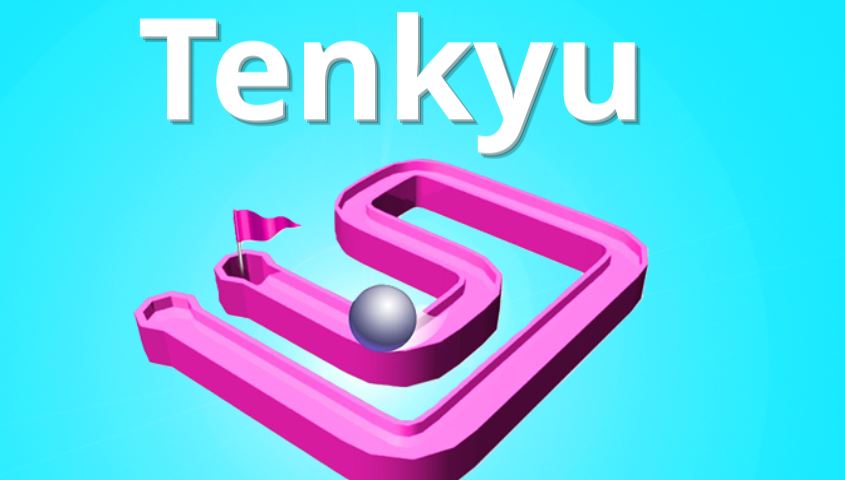 The game app has a rating of 4.5 on the Google Play store and 4.6 on Apple’s App Store. Its age rating is 12 and above because of the mature content that is sometimes displayed to the users as part of the ads. As far as the content of the game goes, anybody above the age of 3 can comfortably play it.

Tenkyu is relatively easy to play but begins to get challenging as you progress through the game. It has a total of 999 levels.

Players generally find the ads in the free version to be overabundant. While it doesn’t hamper the gameplay so much despite it, the advertisements do tend to get irritating for most users. Also, the ad-free version may sometimes show you a 30-second ad too. Many people interested in the game have been put off by the frequency and volume of ads and gone on to uninstall the app even though they’ve enjoyed playing the actual game. Perhaps, Voodoo should consider decreasing the number of ads for better user retention.

Level design too leaves room for improvement. It’s a little too easy to progress from one level to another. You may experience graphics lag from time to time. 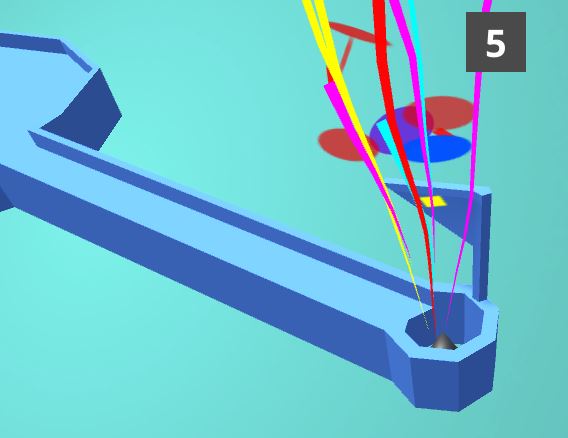 Unlike most games, there’s no aspect of violence in Tenkyu. Most users have praised it for being one of the most relaxing games they’ve played.

If you’re looking for a game to play on the go which helps you blow off your steam – Tenkyu is the game for you. It is simple, fun and enjoyable and frankly, quite cute. It's available in an ad-included free and ad-free paid version. It's best to stick to the free version as the paid version subjects you to ads too sometimes.

The game's levels are super easy to progress through, this can make it an unsatisfactory playing experience for individuals looking for a challenge. That said, some levels are quite difficult to complete. So maybe you should try the game out for yourself before passing judgment. Tenkyu comes highly rated and well recommended. Download the game now and see if you can reach the ultimate level!