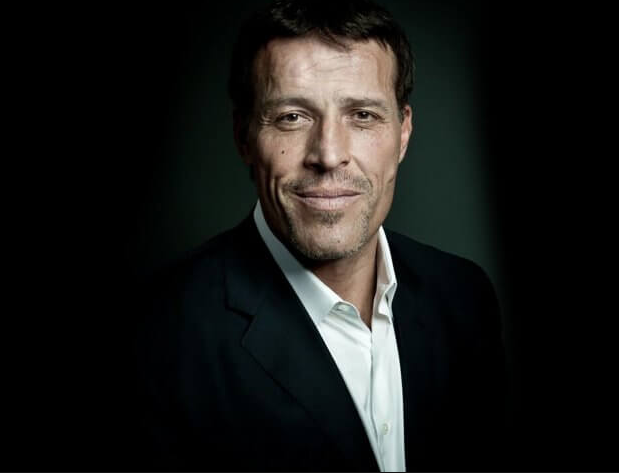 Anthony Jai Robbins, better known as Tony Robins was born on February 29, 1960, is a well-known life coach, philanthropist, entrepreneur, and author. Robbins is also famous for his self-help books, seminar, and infomercials. His bestselling works include Unlimited Power and Awaken the Giant Within. He is also the founder of many companies, which earn about six billion USD in annual sales.

Born in North Hollywood, he is the eldest of 3 siblings in the family. Robbin’s parents were divorced by the time he was 7-year-old. His mother married several times including Jim Robbins, who was a baseball player. Tony was legally adopted by his step-father when he was 12-year-old. When he was in his school’s senior year, he became the president of the student body. Tony had to work as a handyman while he grew up so that he could provide and help his siblings. 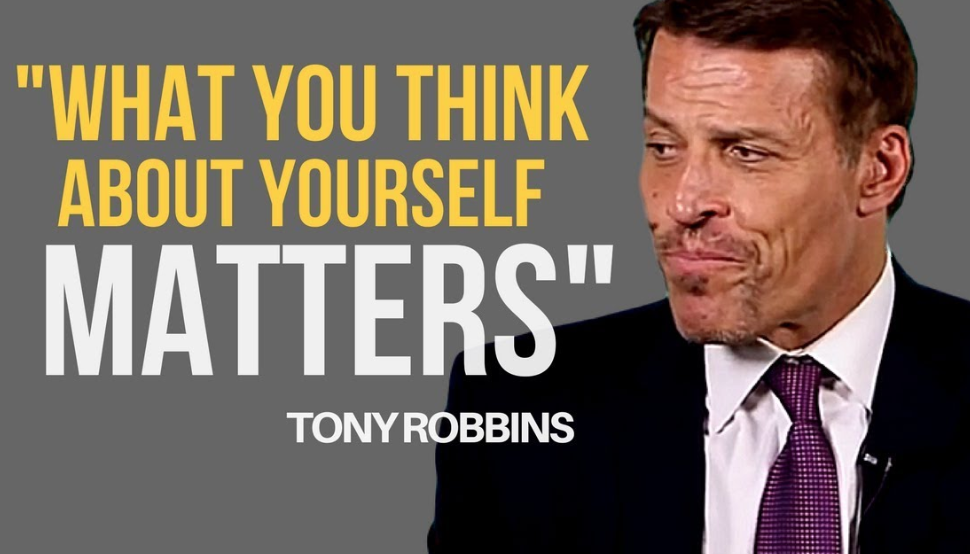 He started his career by doing promotions for seminars for Jim Rohn, motivational author, and speaker when he was only 17-year-old. It was in the early eighties; he met John Grinder, the co-founder of Neuro-linguistic Programming and eventually became partners.  Tony was also teaching Ericksonian Hypnosis and NLP at that time. He also got familiar with firewalk and incorporated the technique into his seminars in 1983.

The coach then started seminars on the Leadership Academy in 1997. Learning Annex was the sponsor of his speeches made on the seminar circuits. He was chosen as a featured speaker at a conference called Technology, Entertainment and Design (TED) in 2007. Another major achievement of Tony is that his live seminars have been attended by about four million people. Tony Robbins launched the Robbins-Madanes Center for Intervention together with Cloé Madanes. It is an organization, which trains coaches of life skills to support individuals and families with issues like addiction.

Tony has collaborated with several celebrities and big names from different fields such as Justin Tuck, Bill Clinton, Serena Williams, Wayne Gretzky, Pitbull, and Hugh Jackman among others. Tony has counseled businessmen in the US like Marc Benioff, Steve Wynn, and Peter Guber.

Over fifty million people have been enjoying and have benefited from the transformational power, humor, and warmth of his personal development and business events for over four decades. Tony is regarded as the number one business and life strategist. Six of Tony’s books, which are all international bestsellers including his most recent Number 1 best-seller according to the New York Times titled “MONEY: Master the Game and UNSHAKEABLE.” He has successfully empowered over fifty million people from one hundred nations through his training, video, and audio programs. Tony is also the creator of all-time number one personal & professional development program.

He is also the chairman of a holding organization that constitutes forty privately held businesses. These businesses have a combined sale of more than five billion USD every year. Well-known IT Company Accenture has honored his contributions by declaring him as one of the world's "Top 50 Business Intellectuals." American Express has called him as one of the world's "Top 6 Business Leaders" for coaching their entrepreneurial clients while Harvard Business Press has acknowledged his achievements by including him in the list of "Top two hundred Business Gurus." A recent cover article of Fortune has given him the title of "CEO Whisperer." Worth Magazine has ranked him in the top fifty of it's one hundred most powerful people in global finance. He has been ranked such for two consecutive years.

Some other key entertainers whose lives have been influenced by his work include Green Day to Aerosmith, Tennis player Andre Agassi, as well as, the Golden State Warriors. Top global business leaders ask for his advice too.

You can run a public records search on anyone in the United States!