At the age of 49, he is the third-oldest active player in the history of the NFL. No other athlete has been able to score 1,000 points for two franchises in the league.

Also, he is the only player in the NFL, whose career started in the 1990s, to be still playing professional football. Due to his remarkable achievements during his career, he is one of the greatest kickers in the history of the NFL to grace the sport.

Born on December 28, 1972, in Yankton, South Dakota to Paul Vinatieri and Judy M, he moved to Rapid City, at the age of five.

When Adam Vinatieri was young, he found it challenging to read, due to which he went to class for children with learning disabilities. 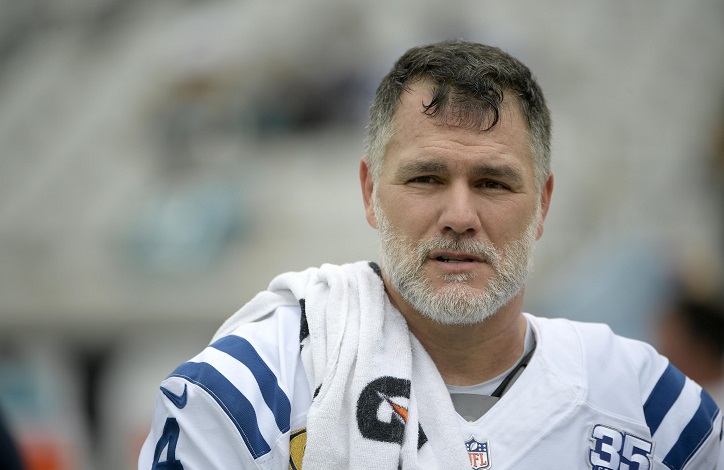 He enrolled in Central High School, located in Rapid City. While playing football during his school years, he was a middle linebacker and a quarterback.

He joined United States Military Academy in West Point for two weeks, before going to South Dakota State University. The athlete is the leading scorer for the college football team with 185 points.

In 1995, he joined the Amsterdam Admirals in NFL Europe as a punter and kicker, to receive training to play professionally. The next year, the New England Patriots signed the athlete as a free agent.

During his time with the Patriots, he was part of the team which participated in four Super Bowls. Out of these appearances, he won the title three times.

During the 2004 season, Vinatieri was on top of the NFL charts with 141 points. He scored 17 points, a career-high during this season.

In the Super Bowl XXXIX match against the Philadelphia Eagles, he scored a field goal, along with three additional points, helping the Patriots win 24 – 21.

Vinatieri is the first player in the NFL to play a crucial role in helping his team win during two Super Bowl matches.

During his 10-year run with the Patriots, he scored 1,156 points, is the all-time leading scorer for the franchise. He held the record till 2014, till Stephen Gostkowski, his replacement in the team beat this figure.

He joined the Indianapolis Colts in the 2005 season, as the Patriots decided not to renew his contract. When he got to know that the Colts were interested in signing him, he didn’t waste time to seal the deal. 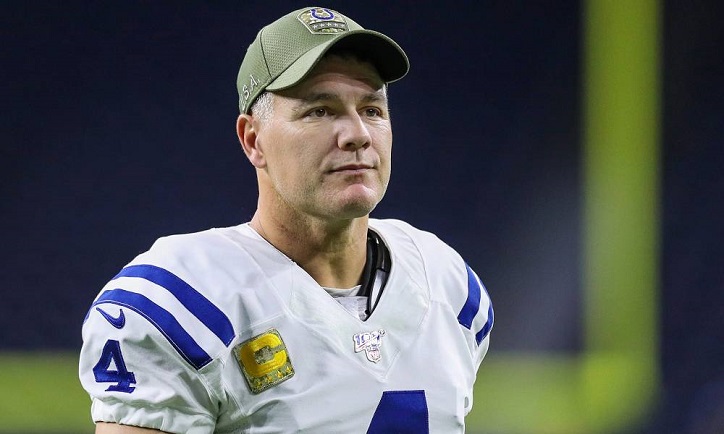 One memorable moment was the match against the Patriots during the 2006 season, where the Colts beat his former team to advance to the Super Bowl XLI.

While the athlete had great performances during 2007 – 2008, he had trouble playing during the 2009 season.

After undergoing hip surgery to address an injury, he only played six games the entire year. The Colts were unable to beat the New Orleans Saints in the Super Bowl XLIV.

He made a comeback in the 2010 season, showing why he was one of the best placekickers in the world.

This year, he was the 12th kicker in the history of the sport to pick up 1,600 points during his career. He entered the history books by surpassing Eddie Murray in field goals (FG).

From 2016 – 2019, he continued to beat several records with incredible performances. However, the athlete was unable to play well in the 2019 season, after going through a knee surgery the same year. As a result, he ended up in the injured reserve.