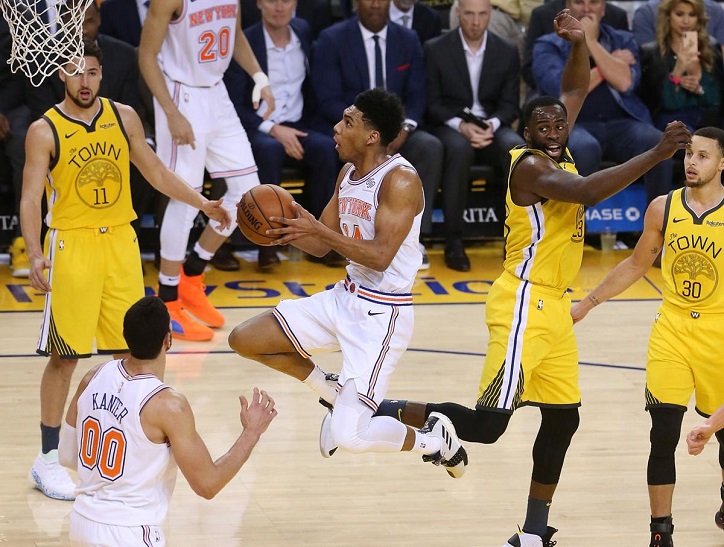 A young, undrafted rookie who has ruffled some important feathers the wrong way, Allonzo Brian Trier is currently a shooting guard for the New York Knicks of the National Basketball Association (NBA). Despite having good scores during his freshman and sophomore years, Trier, according to anonymous sources, is still one of the last ones to be picked for a match due to his personal traits.

Most players and the team's management are ticked off about the "me, myself, and I" tactics Trier has been displaying of late, by not passing the ball to open players when he should. Trier has given himself the nickname "IsoZo" which is also his twitter handle.

Trier was born on 17th January 1996 in Seattle, Washington. His mother is Marcie Trier who raised her son on her own. Trier's interest in basketball was spiked due to his unusual personal circumstances. His mother couldn't afford a private sitter for her son while she was working hard so she requested her local Rotary club's basketball coach if they'd let him just sit in the practice area to keep him safe. 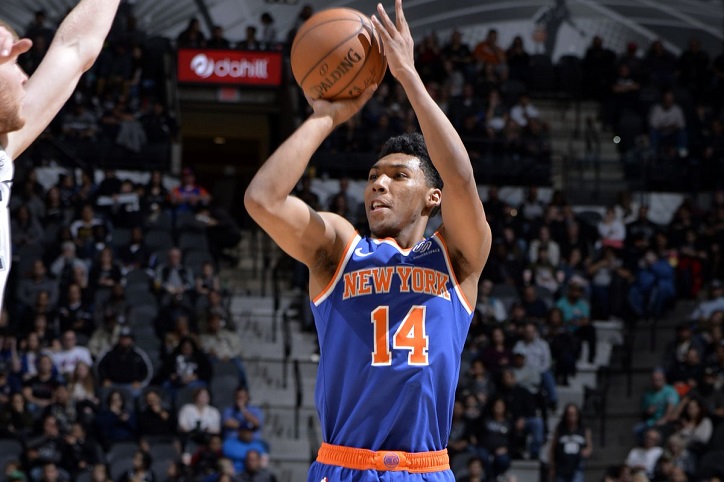 Young Trier, barely 7, managed to prove to his onlookers that it wasn't just a toddler's interest in the game that helped him beat older guys on the court, it was his natural instincts and spending hours and hours watching other players from a very small age. Soon, Trier became one of the youngest players who played with and defeated players of several age groups, mostly older than him, comfortably.

Seattle Rotary's bright basketball star, who was just 13, sparked a lot of national interest. An article about the young upcoming star also appeared in the prestigious New York Times magazine which just made him even more appealing to college scouts. But although he was a naturally gifted prodigy on the court, Trier had difficulties with his academics.

He suffered from dyslexia and ended up being a 21-year old sophomore. When Trier was given an opportunity to play serious basketball in Oklahoma, he took it although he had to be homeschooled by his mother for that time.

When the Triers moved back to Seattle, Zo, has is also known as continued to be homeschooled which ended up in him generating lesser than usual interest in recruiters. He, however, didn't have any complaints as it gave him a chance to play with multiple teams on a national home school schedule.

Trier with his mother moved to Montrose Christian in Maryland so he could attend the junior year of high school there. With an impressive average of 24.9 points per game for his school's team, trier helped them win the NCAA Division I National Christian Schools Athletic Association series.

His performance in high school spurred him to try his luck at a better school, Henderson, a prep school in Nevada. His performance continued to remain outstanding then too and the trend continued during his senior years too.

Young Trier was included in the Under-18 and 19 Americas National Basketball teams for 2014 & 2015 respectively. He helped his team win both gold medals in both international competitions, thus continuing his brilliant streak. 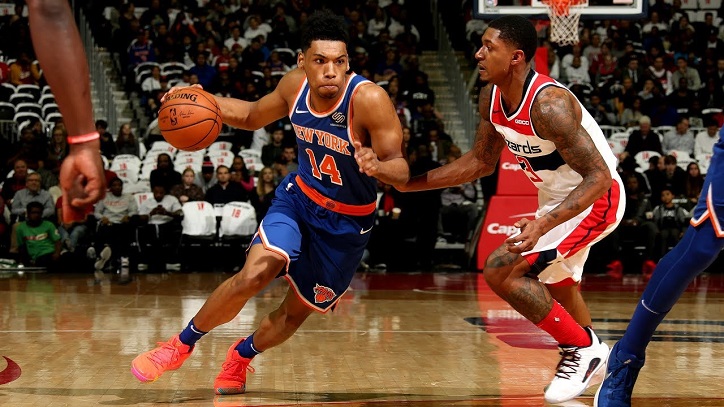 Although Trier had a broken hand during his freshman year with the University of Arizona's Wildcats which caused him to sit out of 7 games, Trier still managed to set a record apart from being the top points scorer for his team that year. He is one of the top 10 Wildcats freshman players in several categories in franchise history with 14.8 points (10th spot) and 8th spot for free throws.

Despite being suspended after testing positive for performance-enhancing drugs and missing several games, Trier remained popular with Wildcats fans. After the Wildcats lost the NCAA men's Basketball Tournament in 2018, Trier declared for the same year's NBA Draft.

New York Knicks signed a two-way contract with Trier after he remained undrafted that season. He currently switches between playing for the Knicks and their affiliated G League team, the Westchester Knicks.

The player, who was removed from an 8th grader basketball team for being too good a player, is known for is an effortless style of playing and a total sense of dedication instilled by his mother. He has a much younger half-brother, Lashon.

Despite having a different playing style from Knicks' coach and missing out on a few games in his previous season, the Knocks decided to pick up the option on Trier's contract, giving him another chance to improve his game and standing with his team.

His current estimated net worth is a little over a million dollars.

What are Payday Loans?