Demaryius Thomas is an American Football player who was born on December 25th in 1987 and plays at the wide receiver position and is a free agent.

During his college years, he played for Georgia Tech and was later drafted by Denver Broncos in the very first round of the 2010 NFL Draft.

During his years with the Broncos, he made it to 5 consecutive Pro Bowls and also won the Super Bowl 50 after defeating the Carolina Panthers.

Thomas had Bobby Thomas and Katina Smith as parents in Georgia on Christmas of 1987. During his childhood, his house was raided and his grandmother and mother were arrested for the distribution of illegal substances and were sentenced to twenty years in prison.

A shy and timid child Thomas’s parental duties were taken over by his aunt and uncle and were given the nickname of “Bay Bay”. 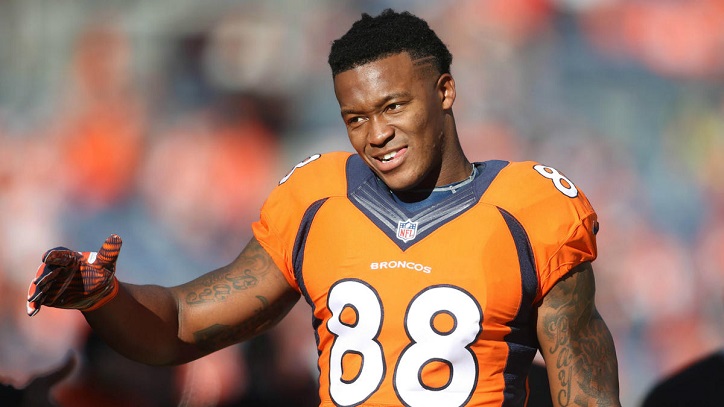 In 2015 President Barck Obama reduced the sentence of Thomas’s mother, Katina Smith and she was released in November that year.

The very next year Obama also commuted the sentence of Thomas’s grandmother. Thomas was raised as an Evangelical Christian and frequently posts things related to his faith in his social media handles.

Thomas attended the West Laurens High School in Georgia and used to play three sports there; basketball, football, and track. Under coach John Kenny. In 2004 he had 32 receptions and 330 yards under his belt with three touchdowns.

As a senior, his numbers got a serious boost and he had 82 receptions and 1234 yards to his name with 10 touchdowns.

RIvals.com ranked him 34 in prospects and later on Thomas received a scholarship offers from Duke and Georgia Tech.

He also competed in track and field in which he earned the fourth spot in the triple jump and ran 100m in 10.99 seconds.

Thomas accepted the scholarship offer of Georgia Institute of Technology and he majored there in management. He sat out the 2006 season as a redshirt under Chan Gailey.

In his college debut in a 33-3 triumph over Notre Dame and had just one reception for a 9 yard gain. In the fourth game of the season against Virginia in 2006, Thomas scored his very first touchdown from a pass from Taylor Bennet.

In the 2007’s Humanitarian BOwl he four receptions but lost to the Fresno State. In the 2007 college football season, he played 13 games in which he started in 10 and got 35 receptions in 558 yards. Out the 10 he got 4 receiving touchdowns. 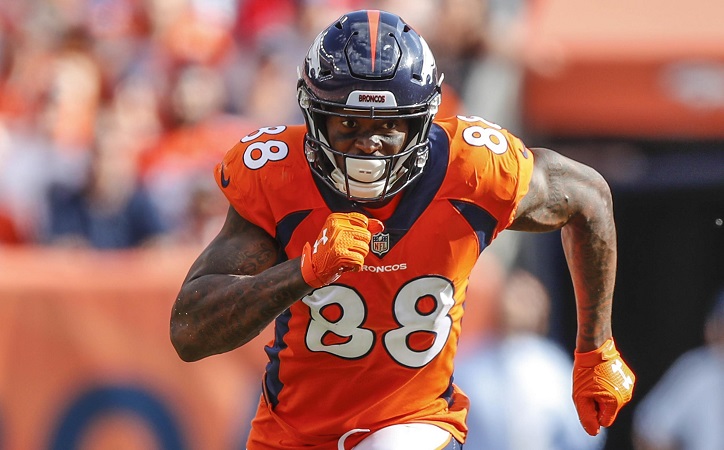 In 2010 Thomas was the 22nd overall player selected in the 2010 NFL Draft and signed a $12 million dollar contract with the Denver Broncos. And played for them through the years 2010-2018.

In 2018 he was traded to the Houston Texans and in his debut had three receptions for 61 yards against his former team the Denver Broncos.

He was then traded to the New York Jets and made his New York Jets debut with a loss to Cleveland Browns. For the Jets, he appeared in 11 games with 36 receptions and 433 yards and also a touchdown.

In 2010, Thomas was accused by a woman of drugging and raping her at a party that they both attended.

He attended the party with Cox a teammate of his and later during the investigation it was Cox whose child she was born. Thomas was cleared of all charges.

Bleacher Report ranks this wide receiver as 24 with an overall score of 93 in its list of Top 1000 Overall Players.

A Guide On How to Improve Credit Score