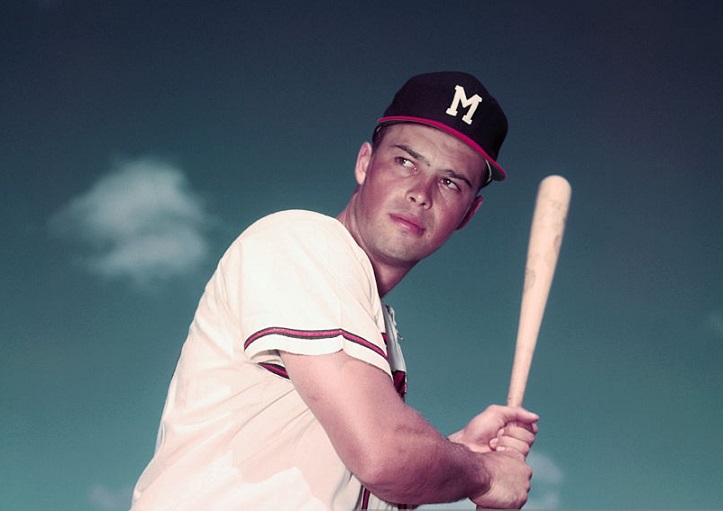 Edwin Lee Mathews or Eddie Mathews was a former American baseball professional. He played as a third baseman for 17 seasons in the MLB. He featured in teams like Milwaukee, Boston, and Atlanta Braves, Detroit Tigers, and Houston Astros. He was born on October 13th, 1931 and passed away on February 18th, 2001.

He is a Hall Of Famer and was inducted into it in 1978. He is the only player who played for the Braves in 3 distinct cities that were home to the team. He featured in the Braves team for 13 seasons at Milwaukee which was also the best part of his playing career.

Mathews is regarded as one of the top third basemen of the game’s history. He has featured in the All-Star team for 9 seasons. He has tasted success in the National League home run campaign in 1953 and 1959. He was also the runner up for the MVP voting in these 2 seasons. 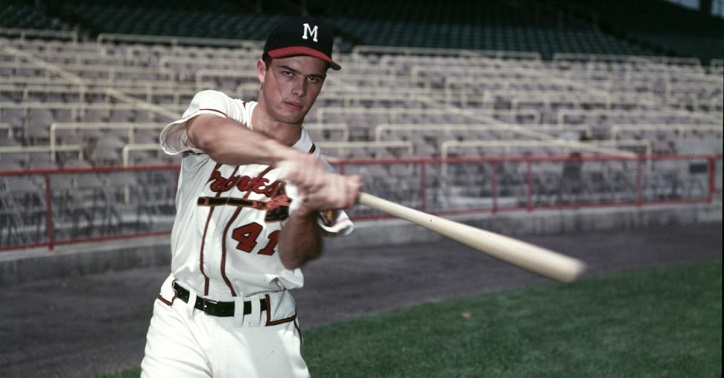 Mathews struck a total of 512 home runs throughout his time in the Major league and has served as the coach of the Atlanta Braves during 1971 before turning their manager between 1972 and 1974. Further, he was a scout and coach of Oakland Athletics, Milwaukee Brewers, and Texas Rangers.

Mathews was promoted to the Major League in the year 1952 when he struck 25 home runs which included three in the same game. In the 1953 season, he switched to Milwaukee and made a batting average of .302, scored 47 home runs. He made a minimum of 30 home runs across the span of 9 successive seasons. He was at the top of the national League Charts twice in 1953 and 1959.

In the first edition of Sports Illustrated magazine, Mathew appeared on the cover. He was a reputed and strong pull hitter. His teams usually carried out the Mathews shift when he came to bat, which involved leaving a large space between second and the third base for him to hit the ball through it.

The Braves were successful in the National League championship of 1957. He struck a match-winning home run in the World Series game number 4. The team defeated the New York Yankees to clinch the series. Mathew was responsible for the final put out of the series.

Mathews became one of the two players ever to homer along with a teammate during the same match for a minimum of 50 occasions with two distinct players. He achieved this with Joe Adcock on 56 occasions and beside Henry Aaron on 75 occasions. 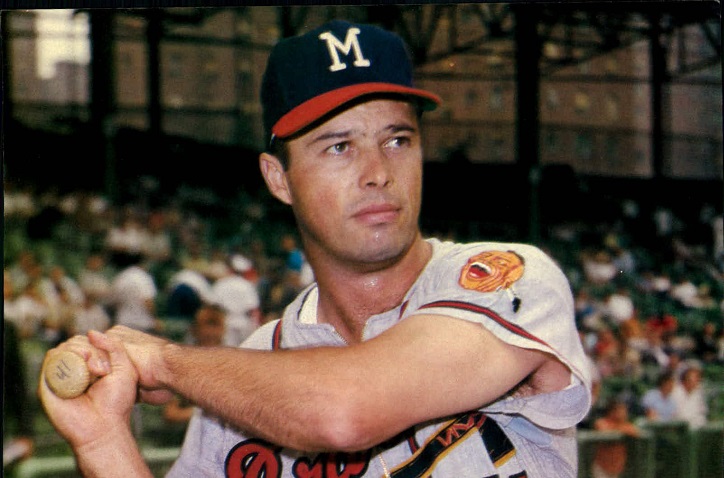 Starting from 1954 to 1966, Mathews, and his teammate at Braves, Hank Aaron scored 863 home runs. Aaron made 442 while Mathews made 421 home runs. The duo became the all-time leading duo of the major league with this achievement.

Mathews was sold to the Houston Astros prior to the 1967 season. He joined the 500 home run club as its 7th member that season as he sent one flying off pitcher Juan Marichal of the San Francisco Giants. Amid the 1967 season, Mathews was sold to the Detroit Tigers. He played his final games in the World Series of 1968 in which the Tigers triumphed over the St. Louis Cardinals.

When he retired, he was the 6th ranked player in terms of home runs. He earned selection to the All-Star team on 12 occasions. Note that he also played in World Series three times. He finished as second in the MVP voting twice.