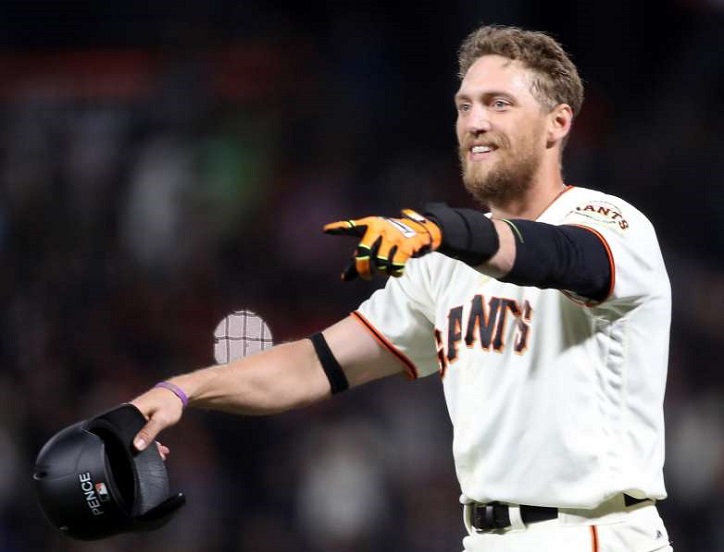 Hunter Pence, who was born on April 13, 1983, in Forth Worth, Texas, is an American professional baseball right fielder who has played in Major League baseball. He has represented Houston Astros (2007-2011), Philadelphia Phillies (2011-2012), San Francisco Giants (2012-2018) and Texas Rangers (2019). In 2012 and 2014, during his stint with the Giants, he was a member of the World Series Championship teams. He stands out by his ungainly but highly effective style of play.

Plagued by injuries, which included lower back strain, forearm fracture, and a spinal cord disorder called Scheuerman’s disease that were detected during a physical in 2013, Pence began to underperform by 2015. Last season, when he posted a meager .590 OPS, it looked like the writing was on the wall for him, especially in the context of his age – he turned 36 on April 13, not an age one usually associates with a comeback in a physical sport. 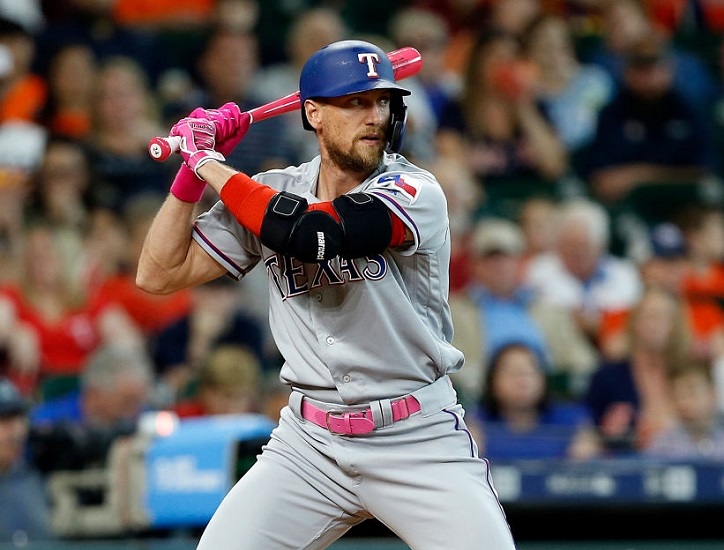 However, if there is one thing that has set him apart from the rest, it is his never-say-die spirit. On February 7, 2019, he signed a minor-league contract with Texas Rangers with an invite to spring training, and the rest, as they say, is history. Today he is an All-Star, one of baseball’s greatest success stories of 2019. T

alking of Pence, Giants’ Manager Bruce Bochy commented, “That man, he’s willed his way through a lot of things. I’m not surprised by anything he does.” Pence is a two-time World Series champion and a three-time All-Star.

Pence went to Arlington High School in Arlington, Texas. He attended Texarkana College for a year, where he was a designated hitter in the baseball team. A year later, he joined the University of Texas at Arlington (UTA), where he went back to the outfield. He once noted that, when he wasn’t busy playing basketball in college, he was earning money parking cars at Globe Life Park.

In 2013, Pence made the news for switching to a strict Paleolithic diet. It is not clear if he has persisted with this controversial diet.

Pence was a regular feature in the widely read posts of his long-time girlfriend, YouTube personality, and popular social media presence, Alexis Cozombolidis. On a trip with her to Disney World in 2018, he got down on one knee and popped the question as fireworks exploded in the distance.

Pence announced his engagement on December 3, 2018, and the wedding took place in San Francisco, where the two had met and fallen in love. In keeping with Alexis’s father’s wishes, they decided to tie the knot in a Greek church, in preparation for which Pence took Greek dancing classes to be able to participate in the wedding celebrations. The two married on November 20, 2016. 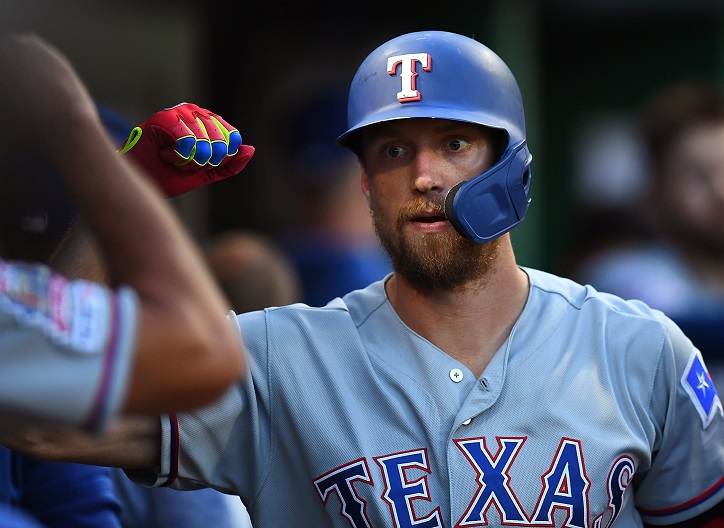 The story of Pence’s resurrection as a basketball player has been captured in a 22-minute documentary made by Pence himself. The film, which was aired on FS1 on Saturday nights, highlights the emotions he experienced while leaving San Francisco last season, his efforts to remake his swing by taking lessons from hitting instructor Doug Latta and by playing in the Dominican Republic, and the great odds he overcame to find a place in the Rangers team.

As a well-known basketball player, Pence was not an unfamiliar sight on the TV screen, but he had never appeared on it as an actor. However, in 2016, he made his television debut as an actor in Episode 10, Season One, of the popular television sitcom Fuller House. Subsequently, in 2017, he also appeared as a guest in an episode of Bill Nye Saves the World.

Pence serves as the San Francisco host for the eight-city fantasy football network Big League Impact, which in 2015, raised over $ 1 million for various charitable causes.

How to Deal With a Bad Boss