Born on the 31st of March, 1984, James DeAndre Jones, popularly known as James Jones is an American Football player. He used to play for the National Football League as a wide receiver.

During his college time at San Jose State, Jones used to play football. Later he was recruited by Green Bay Packers during the 3rd round of 2007’s NFL Draft.

He made a significant contribution to winning the game against Pittsburgh Steelers in Super Bowl XLV.

Jones had a very tough time growing up. He and his mother used to live in several homeless shelters. While at high school, Jones lived with his grandmother.

During his time in high school, Jones used to play football, basketball, and track. In his senior year, Jones was named as the most valuable player of his team while playing as a quarterback. 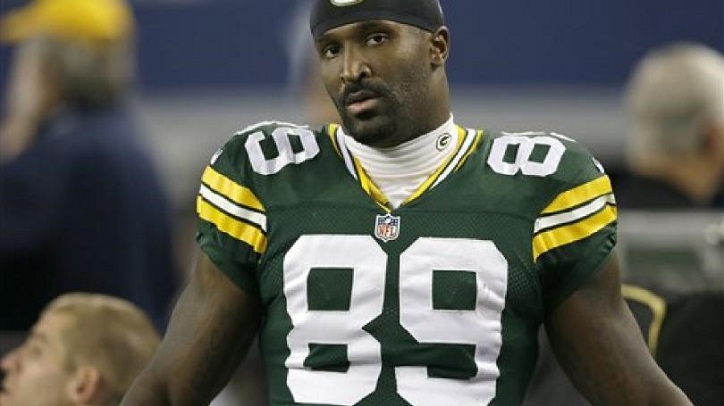 Jones gives all credits to his football coach, Marion Larrea, for shaping his life for the better. Larrea realized the potentials and capabilities of Jones and treated him just like family.

Jones perfected his football skills while under Keith Williams, a wideout football coach.

After defeating Steelers and winning the Super Bowl XLV, Jones autographed his jersey and gave it to Larrea, saying that he wouldn’t have achieved any of this without Larrea.

During the third year at college, Jones made a remarkable performance during the senior season of 2006. He made 10 touchdowns along with 893 yards and 70 passes.

He later went on to catch 6 passes, 2 touchdowns. These accomplishments of his earned him an invite to National Football League Combine in Indiana.

In the 3rd round of 2007’s NFL Draft, Green Bay Packers recruited Jones. He was made the starter for the first game in the 2007 season. During that game against Philadelphia Eagles, Jones caught 4 passes in 29 yards and won for 16-13.

Later, Jones made his first touchdown as a professional during the 4th-week match against Minnesota Vikings. The team won for 23-16, and Jones was awarded as the NFL Rookie of the Week.

He finished his rookie season with 2 touchdowns in 676 yards, along with 47 receptions.

In the 2009 season, Jones was placed 3rd in the depth chart, following Greg Jennings and Donald Driver. During the season, Jones made 5 touchdowns, 440 yards, and 32 passes.

During the overtime loss with Arizona Cardinals, Jones made 50 yards with 1 touchdown and 3 receptions.

In the following season, Jones made 679 yards with 5 touchdowns and 50 receptions. In 2011, Jones switched as a free agent. However, on the 31st of July, he signed a 3-year contract with Packers. 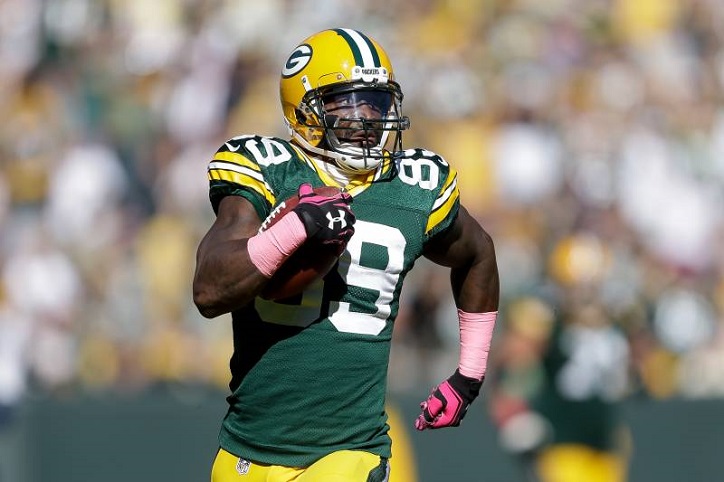 Three years after, on the 17th of March, 2014, Jones signed a 3-year contract with Oakland Raiders, which remained for a year. During his time with Raiders, Jones made 73 catches and 6 touchdowns.

On the 30th of July, 2015, Jones confirmed a contract with New York Giants for one year, after which he would return to Green Bay Packers.

Later on the 2nd of August, 2016, Jones signed a contract with San Diego Chargers for a year. Soon, on the 29th of August, Jones was released from the contract by Chargers.

On the 6th of September 2017, Jones retired from National Football League. He then became a Network Analyst for NFL and announced the news that Jordy Nelson would be signing with Oakland Raiders on the 15th of March.

After signing the contract with Oakland Raiders in 2014, Jones and his family shifted to San Ramon, CA.