Born on 27th November 1989, Michael Floyd Jr. is a football wide receiver in America who is currently a free agent.

He played football at the college-level from 22008 to 2011 for Notre Dame. He finished with 271 catches and 37 touchdowns, which happen to be all school records.

Arizona Cardinals was the first NFL franchise to pick him in the 1st round of the NFL draft of 2012.

Floyd has also been a part of other teams such as Baltimore Ravens, Washington Redskins, New Orleans Saints, Minnesota Vikings, and New England Patriots.

Michael Floyd was brought up in St. Paul Minnesota. He studied at the Cretin-Derham Hall High School that is quite close to Academy of Holy Angels, Minneapolis, the prep alma mater of Larry Fitzgerald.

Both of them were All-American and All-State WRs during their prep career. The duo became close friends while Floyd was studying in Cretin-Derham. 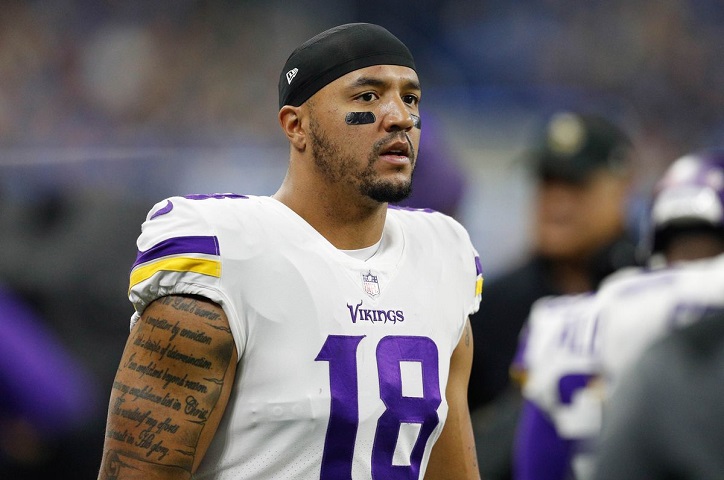 A Career in High School

While attending Cretin-Derham High School, Floyd was a 3-sport star. He participated in track events, football, and basketball. He was a member of the Raiders football team where he played as a wide receiver.

In 2007, Floyd was declared a USA Today High School All-American. He was also selected to participate in the All-American Bowl of the United States Army in San Antonio, Texas.

He was equally versatile in basketball during this period. In basketball, his average was 23.5 points during his senior year while playing for the Raiders. He scored at least thirty points in 6 games.

While Floyd was a true freshman at Notre Dame, he was seen playing in eleven of Notre Dame’s thirteen games that year. He missed only the final couple of games of the season after sustaining an injury.

The player recorded 7 touchdown receptions that year and broke the record for any Irish freshman.

However, on 20th March 2011, Floyd got a citation for driving under the influence of alcohol. The player was suspended for an indefinite period from the football team of Notre Dame on 21st March 2011.

Thus, he was suspended for many months from team activities. His suspension though was lifted on 3rd August 2011 that enabled him to resume playing football at Notre Dame when fall practice started. Thereafter, he did not miss any game in that season. 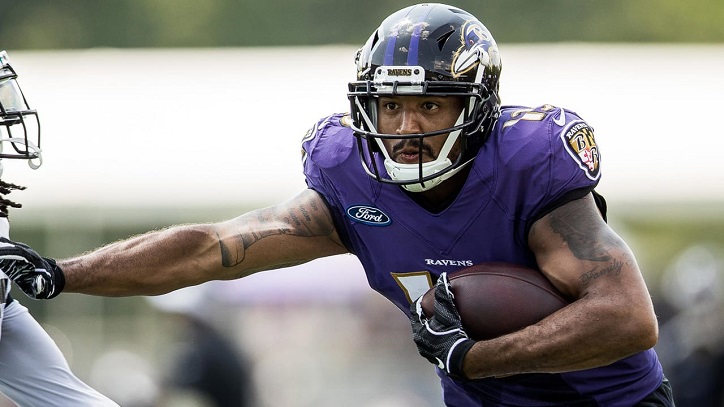 The Arizona Cardinals chose Michael Floyd in the 1st round of the National Football League Draft of 2012. He was the 13th overall pick that season.

He has participated in all forty-eight games in that regular season and had 34 starts. The player started his NFL season of 2012 in the position of a backup wide receiver.

Floyd was seen playing in sixteen games with 3 starts and recorded 2 touchdowns and forty-five receptions for 562 yards.

In the following season, he started all sixteen games and recorded sixty-five receptions for 1,041 yards, as well as, 5 touchdowns.

As mentioned earlier, the player’s life has been full of quite a few controversies. He was arrested for Driving Under the Influence on 20th March 2011.

Floyd was also arrested on 12th December 2016 and was charged with 2 counts of DUI after he passed out behind the wheel. He was declared guilty of DUI on 17th February 2017.

Floyd was sentenced to jail for 24 days, as well as ninety-six days of house arrest.

He was asked to pay a fine of more than 5,000 USD after his release and was also ordered to undergo community service for 30 hours.

What is the United States Copyright Act?

The Best LEGO Games for the iPad