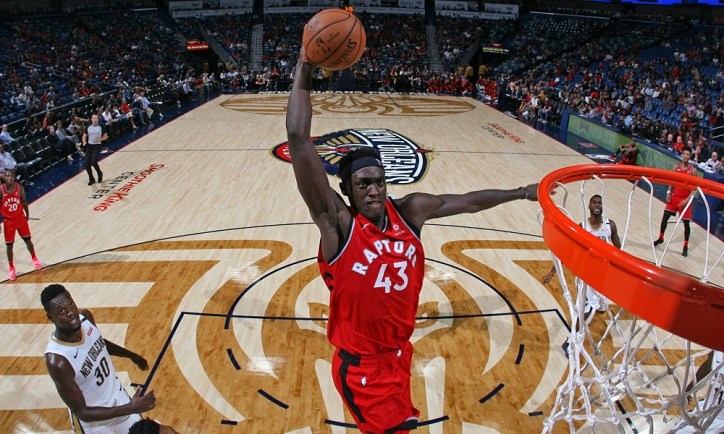 For someone who initially aspired to be a priest a recent 4 year $130 million extension contract would be as much of a thrill as it is a surprise to basketball followers. Not many people know that the current power forward of the National Basketball Association (NBA)'s Pascal Siakam wasn't even a basketball player in 2011 but since then has earned Most Valued and Most improved player titles for his team.

In January of 2020, Siakam earned the title of NBA's Eastern Conference player of the week, his second such nomination in the ongoing season.

6 ft 9 in tall Siakam was born on 2nd April 1994 in Douala, Cameroon. His parents are Victoirea and Tchamo Siakam. Tchamo, his father, was a mayor of Makanene, a town in Cameroon while also working for a transit company. He was involved in a fatal car accident in 2014 but Siakam, who was already in the United States awaiting his new visa and couldn't attend the funeral, which he severely regrets.

Siakam has three elder siblings, Boris, Christian, and James Siakam, and all of them are NCAA Division I basketball players themselves.

Pascal was initially more inclined to spiritualism or religion because of which, despite his older brothers' interest in basketball, his father enrolled him at St. Andrew's Seminary. Pascal was also good at studies and there seemed to be very fewer chances of him following his brothers' footsteps. But things changed when he was about 15 years old. 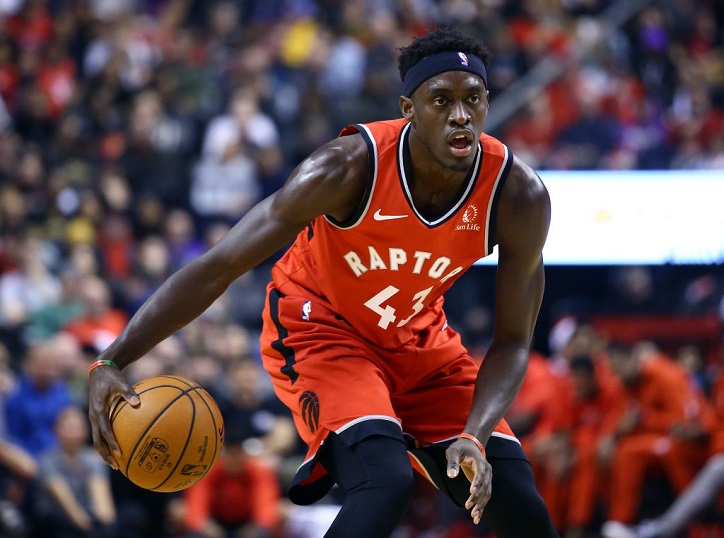 Pascal was discovered at a local camp managed by former Cameroonian basketball star, Luc Mbah a Moute by the player himself in 2011. When Pascal showed further interest in the game the following year, he was invited to participate in the Basketball Without Borders training camp. Despite having almost no formal basketball training, he caught the attention of Raptors' president Masai Ujiri.

His sheer physical strength and very high energy levels impressed Ujiri and earned him a ticket to various training camps in the US before he joined God's Academy.

Based on his performance in God's Academy's basketball team, Siakam was able to generate interest in very few colleges, of which one was Mexico State University. Their then-coach Marvin Menzies convinced Siakam to join them because of the close-knit, family-like team the university's team, the Aggies had.

Siakam had to redshirt his first season with the Aggies due to academic issues but proved his mettle in the following two seasons he played with them. He earned the Western Athletic Conference's Player of the Year title for the 2015-16 Season, post which he declared for the 2016 NBA Draft and forgo the remaining two years of his collegiate eligibility.

Not many people, including Siakam and his brothers, expected him to be drafted during that season, much less in the first round, despite him training hard in all the teams' camps for a long time before the draft. Siakam, however, had managed to impress the Raptors' management enough to be the overall 27th draft of that season in round 1. He signed his rookie contract worth $6 million for four years and hit the ground running.

Siakam's career graph has only seen positive movement since the time he's played for the Raptors and their affiliated G League team, the Raptors 905. He won the D League (as G leagues were known then) Finals Most Valuable Player title based on his performance during the 2016-17 season.

Siakam has been praised for showing signs of improvement in all aspects of basketball - three-point shooting, defense mechanisms, basketball knowledge, strength, and guarding skills at any position on the court. he is only the 11th Raptor player to hit the 40 points mark in franchise history and played an important role in the team winning the NBA Championship at the end of the 2018-19 Season.

His performance had earned him the overall NBA"s Most Improved Player title as well as a substantially improved renewal contract from the Raptors. 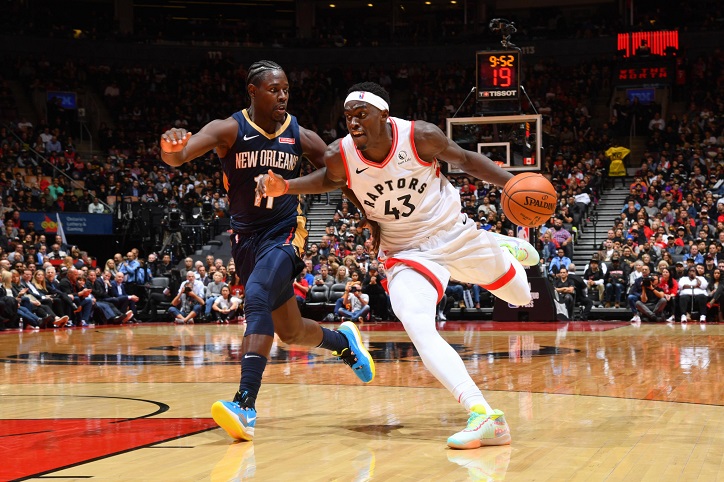 In a heartfelt poem from Siakam, he talks about his early love for soccer to appear different from his three elder brothers, heating then adjusting to his life in the seminary, his strict but loving father, and his interest in basketball sparking because of a chance to win a free trip to South Africa to meet his sister after a few years. Things have changed for the better mostly for him but he still misses his father terribly.

Siakam also talks about the adjustments he had to make in a new country, learning from the hurdles his new teammates put for him every day, and a burning desire to better his game so no one can taunt him for his techniques ever. Today, the young player touched the 4 in his jersey number 43 four times for his three brothers and father, and the 3 thrice for his two sisters and mother.

His estimated net worth during mid-2019 was $2 million but that number would surely have improved since his latest contract.