He has been ranked #11 overall and is widely regarded to be one of the best tight end players in the history of football.

Robert Gronkowski (nicknamed “Gronk”) was born on May 14, 1989, in Amherst, New York. His mother is Diane Walters and his father, Gordon, is a former college football guard turned business owner.

Gronkowski has four brothers, namely Gordie, Dan, Chris, and Glenn. All five brothers played football both in college and later as professionals.

Gronkowski first attended Williamsville North High School in New York where he played tight end, defensive end, was a kickoff specialist, a center in the basketball team, and a first baseman in the baseball team. He was also a part of the National Honor Society.

He later went to Woodland Hills High School for the senior year where his football playing earned him various titles including but not limited to PrepStar All-American, Platinum 33, Terrific 25, and so forth.

Upon graduation, he enrolled at The University of Arizona and played for the Arizona Wildcats football team. 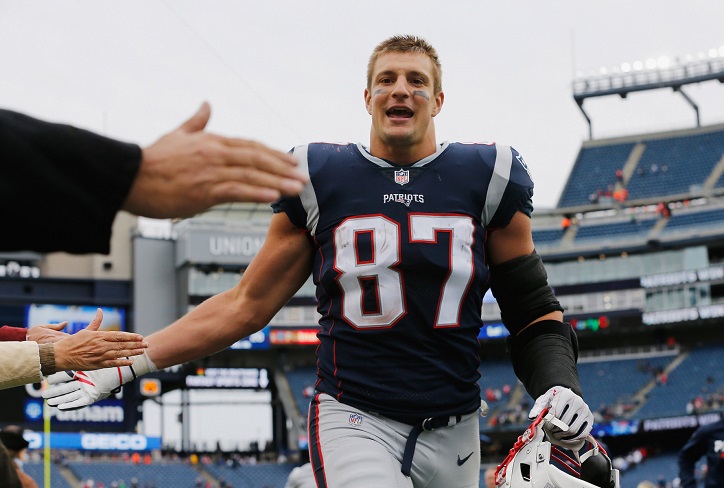 In 2010, Gronkowski initially signed a four-year contract to play for the New England Patriots. He scored four touchdowns during the preseason.

He was one of three NFL players to achieve this feat, the other two being Victor Cruz from the New York Giants and Anthony Dixon from the San Francisco 49ers.

Overall, Gronkowski scored 10 touchdowns in the 2010 season and was nominated thrice for the Pepsi NFL Rookie of the Week.

The next season proved to be successful again for Gronkowski with him breaking the NFL record for the most touchdowns scored in a single season. He caught fifteen touchdown passes and had six receptions for a career-high 160 receiving yards.

He received his first AFC Offensive Player of the Week Award and was voted tight end for the AFC at the 2012 Pro Bowl and AP All-Pro first team.

In the 2012 season, Gronkowski’s contract was extended for six years at a $54 million agreement. He scored eleven touchdowns and 790 receiving yards. The following season did not prove to be as successful since Gronkowski was injured in his right knee.

Season 2014 marked a successful recovery with Gronkowski leading the Patriots’ Super Bowl XLIX win and being named the tight end choice on the 2014 All-Pro Team.

The first six games of season 2015 saw six touchdowns and thirty-four receptions for 533 receiving yards. That year, he was ranked the top ninth player on NFL Top 100 Players of 2016.

A hamstring injury prevented him from playing eight games in the following season; however, he was still ranked among the NFL Top 100 Players of 2017. 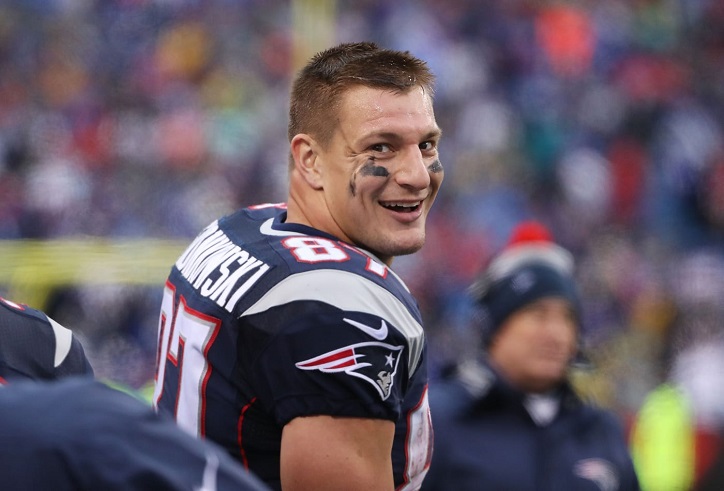 Although season 2017 was marked by several accidents, Gronkowski still managed to score sixteen touchdowns in the first twelve weeks. That year, he was ranked top fifteenth on the NFL Top 100 Players of 2018.

He finished the 2018 season with three touchdowns and 47 receptions for 682 yards. He retired from NFL in March 2019 and in April 2020, rejoined NFL as part of the Tampa Bay Buccaneers.

Besides football, Gronkowski is a wrestling fan and won the WWE 24/7 championship episode as part of the WrestleMania 36 event which he was hosting.

He has appeared in film, television, and music videos such as Entourage, American Violence, Crashletes, The Shop, The Masked Singer, and others. He also endorses brands like Nike, Tide, Lyft and has appeared in commercials.

Gronkowski is actively involved in philanthropic giving and has set up the Gronk Nation Youth Foundation to support sports and athletic training for children.

He also gives to the Patriots Foundation and Make-A-Wish Foundation. In 2019, Gronkowski was recognized with the Merit Award from United Service Organizations for his contribution to sports and his community.