Russell Westbrook, born on 12 November 1988 in Long Beach, State of California, is a professional American professional basketball player who currently plays for the team Houston Rockets in NBA.

From 2006 to 2008, he played for the University of California basketball team in Los Angeles. He was selected under the fourth number in the 2008 draft. Following the results of his debut season in the NBA, he was included in the first team of newcomers. Together with the US team, he won the World Cup in Turkey and the London 2012 Olympics. He was a member of eight matches of All stars (2011-2013 and 2015-2019). 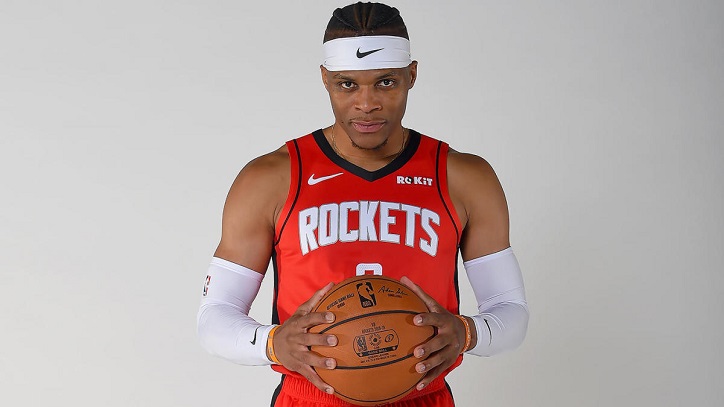 In 2015, Russell Westbrook set a record for matches of all NBA stars by the number of points scored in half of the game. For 11 minutes spent on the floor, he scored 27 points, and in total Russell scored 41 points in this game. His team defeated the East team with a score of 163:158, and Westbrook was named the most valuable player of the match.

On March 1, 2015, Westbrook missed a game against the Los Angeles Lakers due to facial damage, and on March 4 came out in a special mask to play against the Philadelphia and made the fourth double-double in a row: record-high in his career - 49 points, 10 rebounds and repeating a personal selection record - 16.

Four consecutive triple-doubles in the NBA were last done by Michael Jordan in 1989 (then Michael made 7 triple-doubles in a row). Westbrook was only the fifth player in the history of the NBA and the second in the last 38 years, who managed to score 45 points in one game, make 15 rebounds and gave 10 assists. 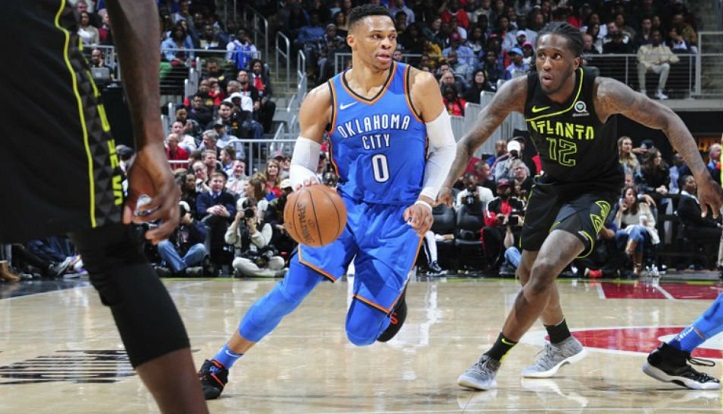 On April 20, Westbrook set a new NBA playoff record for the number of points scored by a player who made a triple-double - 51 points, 10 rebounds, and 13 assists.

On March 13, 2018, in a guest game with the Atlanta Hawks team, Westbrook made his 100th triple-double in his career, gaining 32 points, 12 rebounds, and 12 assists. Thus, Westbrook became the fourth player in the history of the NBA to make 100 triple-doubles.

On December 5, 2018, he made his 108th triple-double in his career and surpassed Jason Kidd, who ranked third in the history of the NBA. On January 10, 2019, he made 24 assists in his career, scored 24 points and made 13 rebounds in 50 minutes in the match against San Antonio.

On April 3, 2019, Russell became the 2nd player to double-triple-double in the match against the Lakers with 20 points, 20 rebounds and 21 assists.

Russell Westbrook is married to Nina and the couple has three children. Their first child Noah was born int he year 2017, and the next year in 2018, the couple was blessed with twin girls: Sky and Jordin.