Sammy was born as Sammy Benjamin Watkins in the year 1993. He attended the South Fort Myers High School in Florida which laid the foundation for his successful sporting years ahead.

Surprisingly, he had a talent in not one or two but four different sports including football, basketball, track, and field events which invited the attention of many.

He even became a first-team all-state selection during his junior and senior years adding a commendable number of catches, touchdowns, and yards.

Despite his sparkling form and Myer’s team reputation in football staying as an undefeated team, Sammy-led Myer’s team lost the semifinals to the Miami Norland team. His strong forte in football helped him participate in the 2011 U.S. Army All American Bowl.

Sammy was considered to be a star recruit and was even branded as one of the top 5 best wide receivers of his nation. Besides football, he excelled in track and field events to finishing among the top 10 positions in running events.

He even received titles for the same and broke his own record establishing a new personal-best time during his run. This showered the young lad with offers from numerous schools among which he chose to enroll with Clemson. 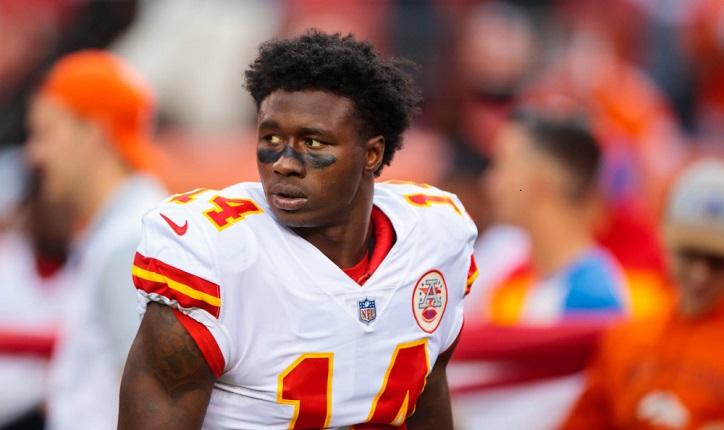 He did a fabulous job there breaking several freshman records and became an AP first-team All-American only after three others who received the title.

He did equally well during his sophomore and junior years at college but announced that he would skip the senior games as he wanted to enter the NFL in 2014 which was no surprise given his great form in the game.

Without any hesitation, Watkins signed a four-year contract and caught his first ever career touchdown in the second week of the season. His second touchdown helped his team secure a win and Sammy sealed the season in style by setting a new rookie record for the Bills.

2015 did not have a good start as Sammy missed a couple of matches due to injuries but did not go well with the fans nor with the player himself.

Deciding to play with the injury, Sammy got a career-high receiving yard during that particular game. His catches and yards during these two years were the most by a Bills player during the first two NFL seasons. Sammy made it to the Top 100 Players of 2016 list.

Once again in 2016, Watkins suffered yet another mishap breaking a bone. Hence, the Buffalo Bills was pushed to place him on injured reserve and this prevented the team from extending Sammy’s contract making him a free agent after the end of the 2017 season. 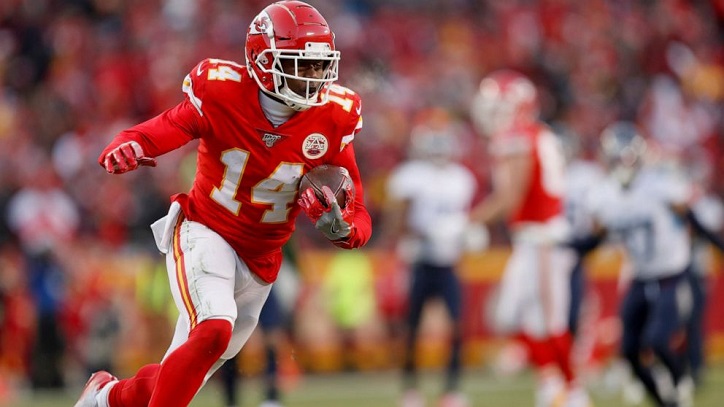 In 2017, he was picked up by the Los Angeles Rams as a sixth-round draft pick and proved to the team that he was worthy of being chosen. He made stunning catches, splendid receptions, and touchdowns leading the team to a one-sided win by the Rams against the New York Giants.

Still, the contract between Sammy and Rams did not continue and he signed a three-year contract with the Kansas City Chiefs. Sammy had a good time playing the 2018 season and 2019 was even better.

He made career-highs, several receptions, and touchdowns leading the Chiefs towards undeterred victory over other teams such as the Jacksonville Jaguars and Tennessee Titans.

He was even the game-changer in the Super Bowl LIV against San Francisco 49ers steering his team towards a superb win. Sammy secured an overall rank of 171 playings in the WR (wide receiver) position and earned an overall score of 85 (2015).

Sammy was lucky to be drafted to the Bills, his favorite team since childhood. He has an elder half-brother who is a football player too who was selected in the 2014 NFL Draft as Sammy.

Should You Date Someone from Your Work