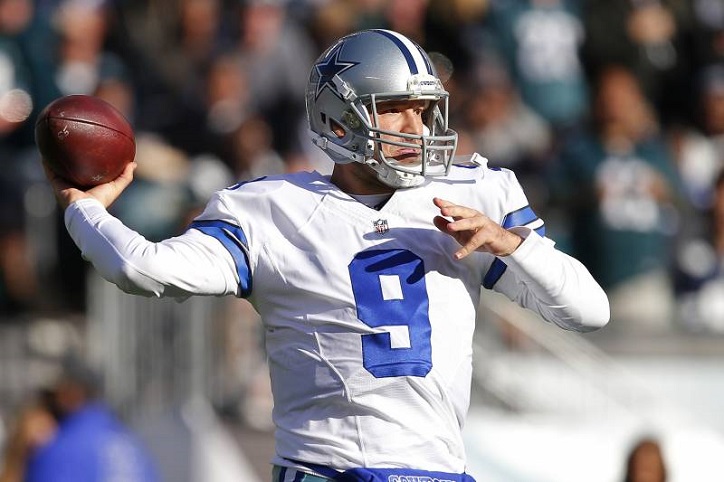 Romo grew up playing both football & even baseball in his early years. Unlike other players Romo, who was initially signed up as undrafted rookie agent eventually ending up as the most popular & successful quarterback’s for the NFL Dallas Cowboys, quit the game very early in just 13 years.

Tony Romo is also referred to as a ‘Navy Brat’ as his father was in the US navy during his birth. He spent most of his childhood in Wisconsin after his parents migrated from San Diego along with his two sisters.

His early years in playing baseball was quite intent and even got selected to the Little League All-Star team but however, it was his role as a junior quarterback for the Burlington High School Demon’s in the 1996 season of High School Football or gridiron Football, which made him change his priorities. 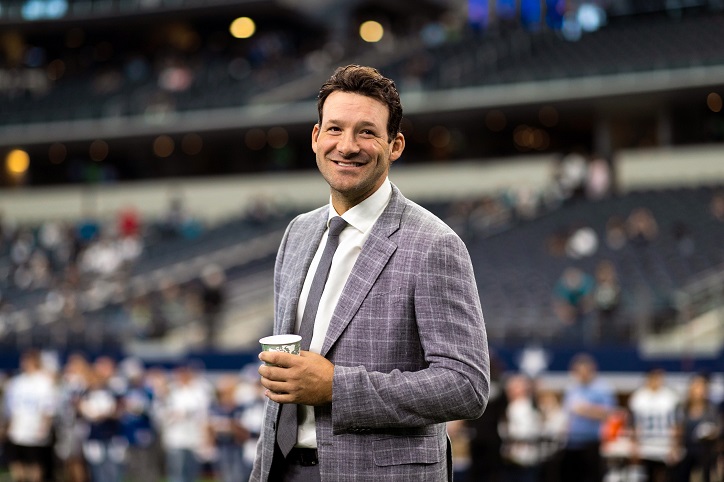 In the 1997 season, Romo’s role as a quarterback for the school football team, the Demon’s, was much appreciated & was honored by the Wisconsin Football Coaches Association for his teamwork.

In his second year, in the 2000 season, his remarkable passing, touchdowns etc., were highly appreciated & awarded the OVC Player of the year award, among other laurels.

In 2002, Romo was honored with the Player of the week award for his scramble run to lead his team to a grand win over Eastern Kentucky.

Tony Romo also won the OVC player of the year award and the annual Walter Peyton Award, on December 19, 2003, a first for any top Division I-AA football player from Eastern Illinois & in the Ohio Valley Conference History.

On October 17, 2009, Eastern Illinois University honored Tony Romo by retiring his No.17 Jersey & inducting him into the EIU’s Hall of Fame, a first for any player from Eastern Illinois.

Tony Romo went undrafted for the 2003 NFL despite interest being shown by a lot of scouts.

Later the Dallas Cowboys signed him up as an undrafted rookie agent, which meant that regardless of his experience or given position, he will have to earn a place in the team outperforming the competition.

Tony Romo did very well in the 2003-2005 seasons with his strong performance & one of his highlights was the winning touchdown against the Oakland Raiders in season 2004.

In the NFL 2006 season, Romo played for the Cowboys as a starting quarterback against the Carolina Panthers to lead the team to victory to become Saturday Night Footballs “Rock Star of the Game”. 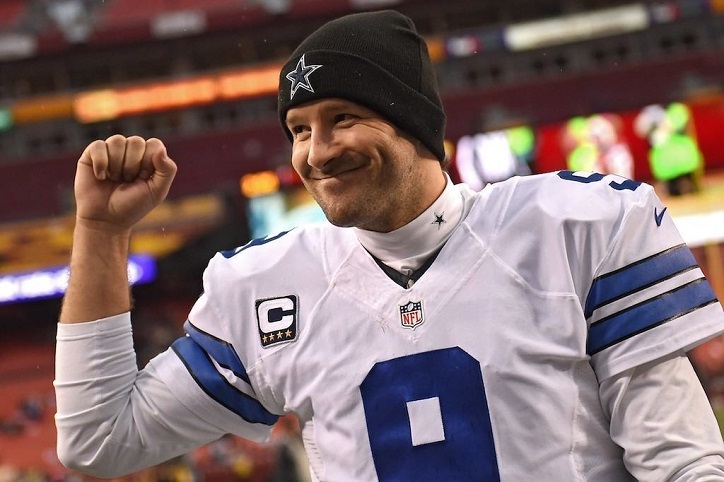 He leads the Cowboys to more wins to become the NFL’s last unbeaten team that season, winning FOX’s Galloping Gobbler award for his performance as the Most Valuable Player (MVP).

In the NFL 2007 season, with his great performance, his Passer rating stood at the fifth position & to sign a six-year extended contract with the Cowboys.

His performance in all other seasons was worth mentioning that by the end of 2011 season Tony Romo was ranked as the 9th best quarterback in the NFL for the 2012 season.

But by the end of that season questions were being asked about his role & his age as a quarterback. But the Dallas Cowboys did not lose up on Tony Romo & signed him up for a six-year extension in 2013.

That season was not at all impressive for him as he ended up in the injured reserve list due to back problems & other ailments.

The 2014 season started off very poorly with the Cowboys losing badly in the opening games but then later went on to win six continuous games for the Cowboys.

Even though he started strongly in the 2015 season he was later sidelined due to a collarbone injury while the rest of the season turned out nothing good for Romo.

2016 started off with an injury which made him miss 10 games of that season. The rest of the season was lukewarm for the room.

Tony Romo announced his retirement from the NFL in 2017.