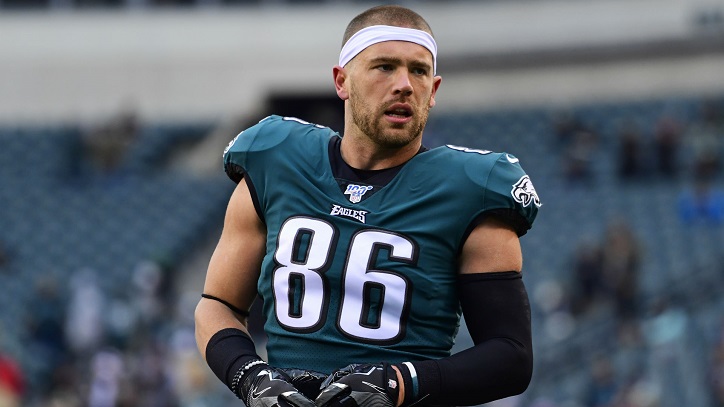 Born on 10th November 1990, Zachary Adam Ertz, better known as Zach Ertz is a football tight end of America. He has been playing for the National Football League’s Philadelphia Eagles from 2013 onwards.

The Eagles drafted him in the 2nd round of the NFL draft of 2013. Later on, he along with his team was the champion of Super Bowl LII by defeating the New England Patriots.

Ertz played football at the college-level at Stanford and he was unanimously recognized as an All-American.

Ertz was born in California’s orange and was the oldest of 4 children. He is not the first football player in his family as his dad was a member of the football team of Lehigh University between 1981 and 1984.

He played both basketball and football while attending Monte Vista High School set in Danville, California.

During his senior year, Ertz had 14 receiving touchdowns, 756 receiving yards, and 56 receptions for his football team. The player was also included in the first-team of the All-East Bay Athletic League. 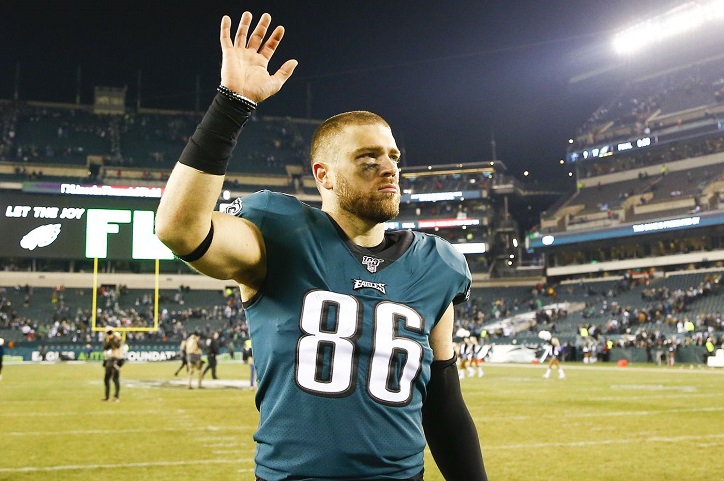 After completing his high school, he took admission to Stanford University where he was a member of the football team called the Stanford Cardinal between 2009 and 2012.

Ertz redshirted in the season of 2009 and was seen playing in 13 games in the following season.

In 2011, he had 4 receiving touchdowns, 343 receiving yards, and 27 receptions even after skipping 3 games after succumbing to a knee injury, he had 1 touchdown and 4 catches in the Fiesta Bowl while playing against Oklahoma State.

During his junior year, Zach Ertz had 6 touchdowns, 898 receiving yards, and 69 catches.

The player was selected in the All-Pac-12 1st-team, became a finalist for the prestigious Mackey Award, and a consensus All-American. Ertz declared his intention to enter the National Football League Draft after the season of 2012.

Ertz made an announcement on 8th January 2013 that he wished to let go of his senior season. He also mentioned his decision to enter the NFL Draft of 2013.

The player was then ranked as the 2nd-best tight end potential in that year’s draft according to ESPN Scouts Inc.

He took part in the pro day of Stanford on 24th March 2013 and also chose to perform some drill to increase his broad and vertical jump and shorten his times. 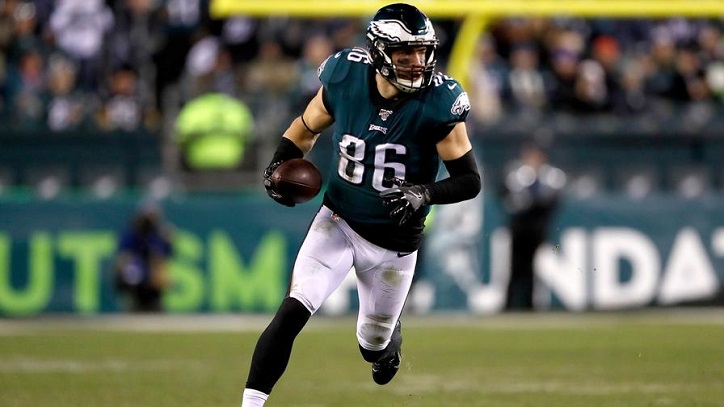 He was chosen by the Philadelphia Eagles in the 2nd round of the NFL Draft of 2013. Ertz was the 35th pick overall that year.

He was the 2nd tight end among all who were drafted that season behind Tyler Eifert of Notre Dame.

However, Ertz was ahead of many future Pro-Bowlers such as Jordan Reed and Travis Kelce, as well as, Levine Toilolo, his fellow teammate at Stanford.

The Eagles signed Zach Ertz on 25th January 2016 to a 5-year contract extension worth 42.5 million USD, which includes a guaranteed amount of 21 million USD, as well as, a signing bonus of 8 million USD. He has been currently playing his seventh season with Philadelphia Eagles.

She played for the women’s national team of the United States as a starting defensive midfielder, as well as for the team Chicago Red Stars. The duo got married on 26th March 2017 in California.

What is Open Data?